Two years ago, Adam Polonski was a journalist covering craft distilleries for a whiskey-focused trade magazine. Today, he’s a co-founder of his own brand, Lost Lantern, an independent bottler of American whiskey.

Polonski is among the small but growing group of media pros who have transitioned from writing about alcoholic beverages into the hands-on business of making spirits. While it’s not unusual for journalists to become practitioners in the fields they once covered, it doesn’t happen all that often in the booze world. For spirits, it’s more common to see people switch tracks from corporate or entrepreneurial jobs; more recently, bartenders have entered the distillery-world fray.

But booze writers, armed with deep product knowledge and enabled by access to contract distilleries and other facilities that make the liquid, are increasingly stepping into the production side. Few are actually involved in the process of distillation, but they are finding ways to get their vision onto shelves and into consumers’ glasses.

Had he not started as a journalist, notes Polonski, he probably wouldn’t have had the idea to create Lost Lantern. “I was co-writing a story about independent distilleries in Scotland,” he recalls. “I said, Why isn’t anyone in the U.S. [working with] independent distilleries in the same way?” After eight months traveling the country and meeting with distilleries, he and his co-founder and spouse, Nora Ganley-Roper, started bottling whiskeys made at American craft distilleries, modeled after the way the scotch industry bottles and blends single malts.

As a writer, Polonski also had a deep bench of contacts to help move his vision forward. “It was helpful that I knew people in the industry,” he says. “That helped open doors. [Distilleries] were excited to work with us. The best part of our travels was finding we didn’t have to work hard to convince people to do this.”

In addition, the reporting process doubled as research for Polonski’s future endeavor. While newcomers to the distillery business often need to learn on their feet, Polonski’s journalism work had afforded him opportunities to learn about the minutiae of distribution, for example. “We learned from the trials and errors of other people,” he says.

What’s behind the uptick in media pros trying their hand at the spirits biz? In part, it’s because the door has opened wide for small businesses, says Mark Byrne, the co-founder of Good Vodka, who left a full-time job at GQ that often included covering the liquor space.


It’s not Byrne’s first time making spirits, although Good Vodka is his first time in an ownership role. He had previously learned the ropes at Brooklyn’s Kings County Distillery at night (a company co-founded by David Haskell, who as the editor in chief of New York Media also has a foot in both worlds) while fact-checking at Esquire during the day. That, in turn, helped inform his writing about spirits.

“It feels like there’s an uptick in entrepreneurialism,” says Byrne. “I think it’s easier than ever to start a small business.” He also cites the recent relaxation of some craft distilling laws as an encouragement.

“For those just starting out now, the barriers are lower than it used to be,” says Byrne. “We’re using journalistic skills, just in a different way.”

Jumping into a spirits brand doesn’t mean leaving behind all the skills accumulated over the course of a journalism career, the pros say. In fact, writing and storytelling can be critical advantages in making and selling spirits.

“It’s great that great distilleries are trusting us with their whiskey, and it’s because I was a journalist,” says Polonski. “I don’t know how to ferment or distill; I never will. But I understand a lot about other things: what makes a whiskey unique and how to tell its story.”

It’s also helpful for communicating to potential customers why Lost Lantern is excited about a specific distillery and why the customers should be excited too. “We’re using journalistic skills, just in a different way,” says Polonski.

However, learning is not the same as having hands-on experience, Polonski soon realized. “Learning how to think like an entrepreneur instead of a journalist is different, although I’ve tried to bring the two together,” he says.

Even though he excelled at the communication aspects of the job, “When it came to figuring out how to move whiskey across the country in cask or set up a business and incorporate, I was totally out of my depth,” he says. “It was not a natural way of thinking for me.” To help fill in some of the gaps, Polonski enrolled in a one-year MBA program in sustainable innovation.

Journalistic ethics also can factor in for those who continue to cover the liquor space. “There’s the question of how it will affect how your writing is perceived,” says Derek Sandhaus, the co-founder and director of communications for Ming River Baijiu, as well as a freelance writer and an author of two books about baijiu. The solution, he says, is transparency. “You have to be confident in your ability to remain as objective as possible if you want to continue to write,” he says. “The more honest you can be with your readers about your involvement and what your goals are professionally, the more forgiving they will be.”

That said, Sandhaus notes that because he works with a Chinese spirit that isn’t well-known to much of the Western world, he views his role as that of a baijiu ambassador. “Anything anyone does to create visibility and enthusiasm helps to sell it,” he says. “I would be disappointed if my involvement running a baijiu brand would make someone think that I couldn’t be trusted when I’m talking about baijiu generally.”

Some journalists, like Cheryl Tiu, the co-founder of Proclamation Gin and a freelance lifestyle writer based in Miami, find it helpful to set parameters. “I’ve personally been upfront that I have my own gin brand,” she says. “Whenever there may be potential conflicts of interest, I respectfully decline any exclusive previews, behind-the-scenes, interviews, etc.”

Advice from the Pros

For their fellow journos contemplating whether to jump in and launch a booze brand, the experts have plenty of advice.

Have a plan: “Think it through really carefully first,” says Polonski. “Know exactly what you want to do, even though it may change.” For example, the original Lost Lantern plan had been to acquire new-make spirit from distillers and age it. When he discovered that mature whiskey was available, however, he pivoted to purchasing that instead. “It was important to have a real plan, even though we deviated from it.”

Learn as much as you can: “The challenges of running a spirits brand and being a writer are very, very different,” says Sandhaus. “Before I got into the business of selling baijiu, I never had to worry about supply chains, distribution, importers, negotiating 50 different states, all the minutiae of selling to a consumer. But it’s a really good opportunity to understand how the thing that you’ve been writing about impacts people on a more personal and intimate level.”

Stay the course: “A number of people will deter you from pursuing your dream, for whatever reason, and try to make you question yourself and your product,” says Tiu, who spent three years developing a gin made in the Philippines to reflect her heritage. “It’s important to just keep going because conversely there are so many others who will support you.”

“Access a different part of your brain”: That’s how Byrne describes pivoting from tapping on a laptop to the hands-on work of making a spirit and shepherding it out into the world. “You end the day dirty and reek of ethanol, and your pants are covered in dust from the grain,” he says. “There’s something really gratifying about doing really tactile work, to have something you can consume and hold and show people. That was an outlet I didn’t get in journalism and something I find exciting.” 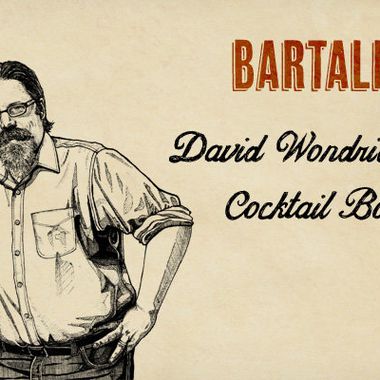