There have been few lifelines for the hospitality business as a whole since the pandemic-related closures began sweeping across the country. Relief funds for furloughed workers in need are popping up left and right, with donations pouring in from brands and consumers. While those measures are essential in keeping the industry’s workers afloat temporarily, they don’t address one of the heaviest questions weighing on bar and restaurant owners: Will my establishment survive this?

When bars and restaurants in some cities and states were granted permission to serve booze to-go thanks to government leniencies, it was a sign of hope for many. California, Colorado, New York and Texas are among the states jumping on board recently (there were 12 at the time of publication); upon receiving the news, bar programs sprang into action to reshape menus, figure out logistics and come up with a game plan for social media announcements and advertising to draw attention to their new offerings. Of course, these new waivers didn’t come without rules and restrictions. Often, they call for the drinks to be served in a sealed container, and most of the time they stipulate drinks must be sold with food. By default, this excludes bars that don’t serve food, but those that do (or have found ways around it, such as selling “add your own spirit” drinks) are rolling with the punches.

Chef Alon Shaya, who owns Saba in New Orleans and Safta in Denver, remains optimistic about his Colorado restaurant’s new improvised business model, but like everyone else navigating these waters, it’s all part of the great unknown. “We have hopes that the to-go and delivery business will sustain us through the closure,” he says. “With cocktail delivery, we are able to offer even more of the Safta experience.” Safta’s to-go cocktail program includes batched cocktails as well as single-serving drinks from its menu. Shaya’s wife and business partner, Emily, says that both takeout and delivery orders are going strong.

Large-format cocktails seem to be a popular choice at other bars, too. At Gemini in Chicago, drink kits complete with bottles, fruit and glassware are sold on a pick-up-only basis, says Rebecca Christensen, Gemini’s general manager. This is a smart option for establishments looking to unload stock or that need to abide by closed-container laws but don’t have the means or the time to sort out new packaging. “Because of the large format, we don't sell very many, but the price is competitive to liquor retail stores, with the advantage of having everything packaged in one neat little bundle and without the guest needing to think about what to purchase,” says Christensen.

In New York City, bars began mobilizing within hours of Governor Andrew Cuomo’s March 16 announcement, with peripheral industry supporters rallying around them. Stephen Myers, who handles trade advocacy nationally for Mr Black Spirits, saw plenty of friends putting together lists of bars offering to-go cocktails in social media posts and decided to find a way to streamline it. Initially, he created a running list on Google Sheets before partnering with Ilegal Mezcal’s Herminio Torres, who was working on something similar in map format, to combine forces. Now, Torres’ live map serves as a beacon for city residents looking to support local businesses, and Ilegal has replicated the effort in other cities, as well.

In terms of the food sales requirement, Gina Buck at Concord Hill, in Brooklyn’s Williamsburg neighborhood, says, “All customers have been fine with this. If anything, because they must order something else, it's boosting the check average, even if they only order a small side or dessert.” Buck says the majority of Concord Hill’s beverage sales have been signature cocktails and the first week has been promising, but whether or not the positive response will carry through to reopening remains to be seen. “Our hope is that people continue to order cocktails, wine and beer, because without those sales, staying open for food delivery and take-out only is not enough,” she says.

The actual long-term profitability of this newfound revenue stream is still largely unknown. Channing Centeno, the bar manager at Otis in Brooklyn’s Bushwick neighborhood, says that at least at this point it’s not really about the money. “We aren’t doing this strictly for the financial health of our staff and business,” he says. “One of the main reasons is to keep a conversation going with our neighborhood and community. We want to show them that we will be there for them even when the times are the toughest.” Centeno’s initial to-go beverage program consists of three cocktails in serving sizes for either two or six people: an Espresso Martini, a Mezcal Negroni and a stirred whiskey cocktail, all prediluted. The restaurant is also offering a “date night” package, which includes burrata, soup, market veggies, pasta, cookies, a bottle of wine and four servings of cocktails.

Alabama currently allows liquor orders sans food (pickup only), however liquor must be sold in its sealed original container, according to the ABC Board. Laura Newman, the owner and beverage director of Queen’s Park in Birmingham, is selling the majority of her existing cocktail menu, but the nonalcoholic components of each drink are split from the base spirit(s) as a workaround. The bar is also selling at-home cocktail kits and packaged wine and beer, operating somewhat like a liquor store. “At this point, any income is better than none, so it’s worth our time,” she says. “I would rather own a bar than a liquor store [or nonalcoholic] cocktail catering company, but I’ll take what I can get right now.”

This seems to be the consensus among each of these cities: A little is better than nothing at all. “This is about survival. There is no other payoff right now,” says Derek Brown, the owner of Columbia Room in Washington, D.C. Phillips Armstrong of Aurum Steamboat and Aurum Breckenridge in Colorado remains hopeful but doesn’t feel that this temporary solution will do much for the industry’s bigger picture. “It's novel, yes, but is it going to make a significant impact on sales? Time will tell,” he says. “As long as people can purchase booze in liquor stores for far cheaper, they would prefer to stick with that format. As it turns out, cocktails and booze in restaurants is far more about the sense of community than it is about the booze itself.”

Optimism and community support may not reflect the reality of the situation, however, and industry members have grave concerns. Ultimately, what hospitality businesses really need is to be granted relief by government agencies, says Nick Ruiz of Patent Pending in NYC. “We will not be able to sustain this. We, and all our neighbors in NYC and across the country for that matter, will need federal and state bailouts, unless there are to be sustained unimaginable unemployment levels,” he says. “Our insurers say this isn’t covered by our business interruption insurance, and that is ridiculous. One quick solution is to force insurers to pay out on BI claims, with the backing of the [federal government].”

Ruiz points out that the payouts should come with stipulations about paying rent, lenders and staff. “This would keep money moving in the economy and is a better solution than putting millions on unemployment with no easy way out,” he says. To him, immediate grants and loans to all businesses affected by restrictions on on-site dining or drinking are “the only viable answer we can see.”

The situation is a dire one. Takeout cocktails are proving to be more of a bandage than anything, and supporting businesses through orders and donations to relief funds and tipping websites is essential for the well-being of the people who make up this industry. But to ensure the welfare of the businesses themselves, they’re going to need something a bit stronger. 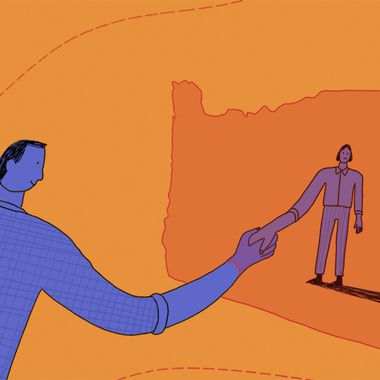 Think Being a Brand Ambassador Is Hard? Try Doing it in a Control State. 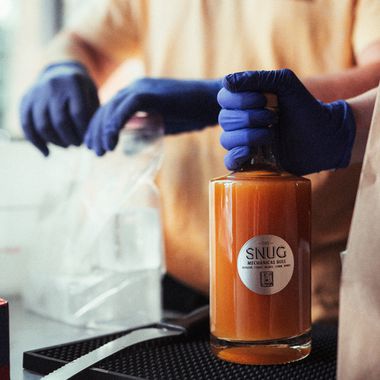