Just what is switchel, anyway?

Whenever you’re stocking up on effervescent vitamin C tablets, echinacea supplements and turmeric tea in an effort to ward off any bugs going around, you might consider adding a throwback drink to your germ-fighting, resistance-boosting arsenal: the switchel.

The switchel is a mixture of apple cider vinegar, ginger and a sweetener; it’s thought to have originated in the Caribbean and became popular among American colonists in 17th-century New England. By the end of the 19th century, it was the drink of choice for farmers harvesting in the fields—so much so that it acquired the nickname “haymaker’s punch.” At that time fresh water was scarce, so the colonists turned to anything from cider to beer to whiskey to quench their thirst, rather than risk ingesting the contaminants lurking in a swig of H2O.

Back in Colonial times, people often drank beverages warm even when it was hot outside because they believed it helped to regulate the body’s internal temperature. Plus, ice was a luxury, and a short-lasting one. The spicy kick of ginger in a room-temperature switchel lends it a similar warmth, but today’s readily available ice can chill the so-called haymaker’s punch, making it refreshing and more easily drinkable.

Today, with the popularity of shrubs and kombucha, the switchel (aka switzel, swizzle, switchy or ginger-water) is making a comeback. “Switchels were an effective electrolyte-replenishing beverage,” says Kevin Murphy, the bar director and assistant manager at Daisies, an American restaurant in Chicago. “Ingredients like honey, vinegar, molasses and ginger, along with other herbs and sweeteners, were commonly used; many are still prized for their nutritional value.” A tablespoon of molasses, for example, contains 75% of the amount of potassium in an entire banana; the mineral can regulate fluid by countering sodium and help move nutrients into cells. Knobby ginger root is believed to have anti-inflammatory and antioxidant effects.

Murphy has come across switchels during his travels, including at some craft cideries in Michigan. But while he was excited to see them on shelves, he was disappointed in their flavor. He created his own using homemade apple cider vinegar—the type traditionally used, prized both for its ability to increase the amount of probiotics (or “good bacteria”) in the gut as well as for its antimicrobial properties. It’s mixed with a syrup made with honey, boiling water and fresh sage, topped with sparkling water or club soda and served over ice, garnished with a fresh sage leaf. He plans to experiment with using other vinegars as well as single-origin honey for a more expressive flavor. 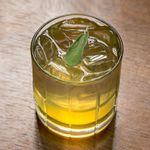 But Everything’s Better with Booze

Of course, leaving it sans alcohol keeps the libation more health-minded, but switchels take well to a jigger of booze. “Bourbon, white or aged rum, oloroso sherry, Amaro Montenegro, even blended scotch would be delicious,” says Murphy. “[I’d] recommend between 3/4 and 1 ounce so not to overpower the other flavors.”

“The switchel is called Nature’s Gatorade because … it’s full of calcium and magnesium and helps with digestion,” says Tony Aquilina, the beverage director at Lou, an all-day brunch spot and wine bar in Nashville. His recipe calls for ginger juice, apple cider vinegar, freshly pressed apple juice and honey, topped with seltzer. The longer you steep the ingredients, the more intense the flavor. “[It] can definitely make a great cocktail,” he says. “I would add an ounce-and-a-half of gin or tequila to make a light, refreshing drink.”

If you crave all of the benefits with none of the effort, look for commercially produced versions. Up Mountain Switchel’s varieties include original, yerba mate, lemon and cayenne, all sweetened with maple syrup; Cide Road makes a concentrated maple switchel with CBD they call the Daily Dose; and Sunōmi offers turmeric spice, lemon and orange.

Of course, as with other homemade remedies, old-fashioned or otherwise, the efficacy of the switchel as a health tonic is generally anecdotal rather than lab-tested. But even if it doesn’t live up to promises of promoting gut health or boosting resistance to the common cold, it’s still a great switch-up from an ordinary drink. 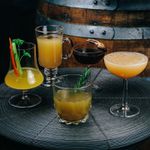 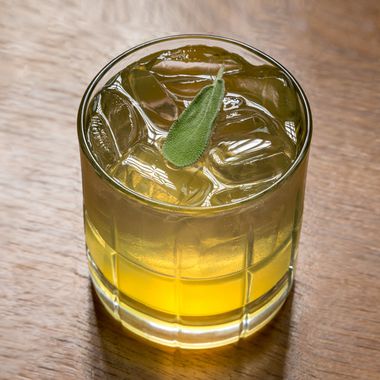