Enjoy these tried and true whiskeys without worrying about the price tag.

There are so many expensive bottles of bourbon out there these days, from annual limited releases to one-off whiskeys aged for a decade or more. But good luck finding that bottle of Pappy Van WInkle, and congratulations if you can afford it. The good news is that expensive whiskey doesn’t equal good whiskey, and cheap bourbon doesn’t mean it’s an inferior product. Major distilleries’ core expressions are often affordable and delicious, aged from six to eight years, and made using methods and mash bills that are tried and true. Here are some of the best bourbons you can find now that won’t cost more than about $40 in most parts of the country.

View On Drizly View On ReserveBar View On Minibar Delivery

For Jose Gill, senior bar manager at American Social, Heaven Hill’s Elijah Craig brand is the best cheap bourbon you can find. “It has a nice roundness to its mouthfeel which makes it a joy to sip,” he says. “It has a perfect sweet vanilla flavor mixed with oaky notes to hit from the first sip you have, making you want to take another sip. It's not like other bourbons that try to give you an array of flavors to keep you wondering what you aren't noticing. Elijah Craig is straight to the point for what you are looking for in a bourbon.”

View On Flaviar View On Caskers View On Totalwine.com

While bourbon can be made anywhere in America, the majority is made in Kentucky, including this bottle. “Old Forester 100 Proof has always been a staple of good bourbon,” says Gill. “I believe from a beginner to an experienced bourbon drinker, the flavors are richer and bolder than most bourbons that are priced higher.” “It’s nicely balanced… with flavors of cinnamon, orange zest, caramel, dark fruit, wood and leather,” says Pascal Pinault, director of restaurant & bars at The Confidante Miami Beach. “Add a bit of water to bring out butterscotch, vanilla, and caramel flavors.”

A wheated bourbon is made using wheat as the secondary flavoring grain after corn, as opposed to most bourbon which uses rye. Maker’s Mark is a fantastic example of a budget wheated bourbon. “Red winter wheat, along with corn and malted barley, give this bourbon a fantastic balance between the vanilla sweetness, cinnamon, toasted oak, spicy notes, and hints of fruit,” says Pinault. “Add a few drops of cold water to smooth out the palate.”

“It’s an amazing sipping bourbon and shines through in a cocktail,” says Javelle Taft, head bartender at Death & Co, NYC. “When I’m looking for a bourbon, I’m looking for something lucious in taste with a subtle hint of ground spice. A nice delicate honeyed linger on the palate is a solid notion that the whiskey is tastefully sweet but not over-oaked.” Pinault also recommends this bottle for its prominent notes of caramel, toasted cinnamon, and pepper.

40% is the lowest ABV that whiskey can be bottled at, and many bourbon drinkers prefer something a bit stronger to bring out more flavors in the spirit. But a good 80-proof option comes in this white label bottle from Heaven Hill, which is also one of the cheapest you can find. “Sadly, the 100 proof version does not make it to New York City,” says Mike Vacheresse, owner of Travel Bar in Brooklyn. “But the 80 proof is a helluva value for simple cocktails."

Four Roses is a unique bourbon because it’s a blend of ten different recipes that the distillery makes using different mash bills and yeast strains. It also is a great cocktail bourbon. “Although Four Roses is very inexpensive, it carries prestige and people appreciate it as a quality bourbon with a lower price point,” says Manuel Gonzalez, director of operations at AC Hotel Fort Lauderdale Sawgrass Mills/Sunrise. “I have made Old Fashioneds and Bourbon Sours with Four Roses, and have been asked for another round!” He also enjoys it neat or on the rocks.

Wild Turkey 101 is well known for its intense flavor, budget price, and higher ABV of 50.5%. While not barrel strength, this still packs a punch.

"Working in many hotels, I have always seen this bourbon at the bars right up there with other well-known brands,” says Gonzalez. “Not too many people ask for it, but the ones that do, know what they are getting and understand its value. It is very smooth, and for the price there is nothing to envy from more expensive bourbons."

Best Outside of Kentucky

View On Wine.com View On Caskers View On Totalwine.com

Woodinville Whiskey started out as a craft operation, but it is now owned by drinks giant Moet Hennessy. The quality of this bourbon is very good, especially in a field of much higher priced options. The whiskey is made using local grains at the distillery, and then shipped to warehouses in central Washington State to age. The result is a bourbon that tastes as good as anything you will find in Kentucky.

Elijah Craig Small Batch Bourbon (view at Drizly) is the best cheap bourbon you can find. It’s made at Heaven Hill, a storied distillery known for both inexpensive and high-end brands. This bourbon is aged for 8-12 years in new charred oak barrels, and has complex notes of vanilla, caramel, stone fruit, and a touch of spice. Drink this one on its own or in any whiskey cocktail you can think of.

Is cheaper bourbon made differently?

No, cheap bourbon is made the same as all other bourbon. The difference is usually that it is bottled at a lower proof and not aged as long as more expensive bourbon, although there are some notable exceptions to these rules.

Is it worse quality?

Absolutely not! A high price tag should not be seen as an indicator of quality, as some of the best bourbons out there are the most affordable.

Do you have to mix cheap bourbon into a cocktail?

While cheap bourbon can be used in any whiskey cocktail, many of these options are great to sip on their own as well. Try them neat first, and then decide if you’d like to mix the whiskey or continue to enjoy on its own. 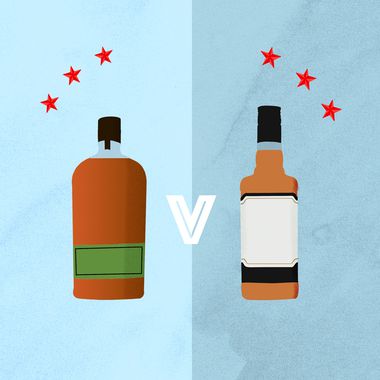 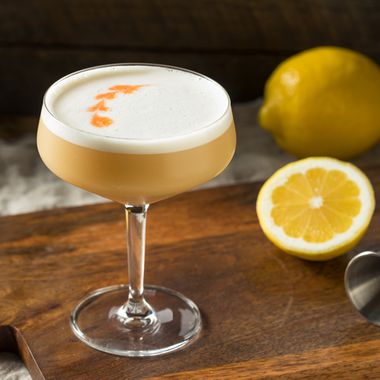