At Fish Cheeks in New York City, the cocktails, developed by Dev Johnson of Employees Only fame, lean fruity and refreshing to accompany chef and co-owner Ohm Suansilphong’s bold and spicy cooking. An exception is this spirit-forward take on an Old Fashioned, made with makrut lime leaf and lemon peel, multiple types of bitters, and Mekhong. “In a cocktail, you can juice it up or let Mekhong speak for itself, as in our Thai Old Fashioned,” says Suansilphong. “It’s an intensely flavored cocktail that works with our intensely flavored food.”

First produced in 1941 in a distillery once run by the Thai government, Mekhong is the closest thing Thailand has to a national spirit. It’s distilled from a co-ferment of 95% molasses and 5% rice and then blended with native herbs and spices and sweetened with honey. Its characteristic color comes from added caramel rather than barrel aging, and generations of Thai drinkers have erroneously referred to it as whiskey when it’s, essentially, a rum. Mekhong isn’t available in all U.S. markets, so if you want to make the Thai Old Fashioned and can’t find any, substituting a spiced rum is an acceptable move and will lead to a lovely drink.

Unlike a traditional Old Fashioned, which generally only receives a few dashes of Angostura bitters, the Thai Old Fashioned also gets orange and chocolate bitters. Together with the Angostura, the additional bitters coax out the fruit and richer notes of the mekhong. The muddled lime leaves, which are tougher than mint and won’t break down in the drink much, along with the lemon add a good amount of zest that brightens and enlivens the cocktail. Regardless of whether you use mekhong or spiced rum, this is a drink that will pair nicely with spicy, aromatic Thai dishes. 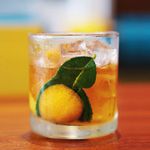 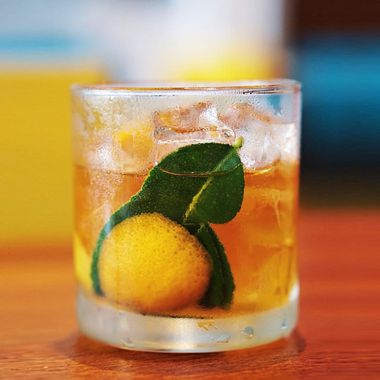 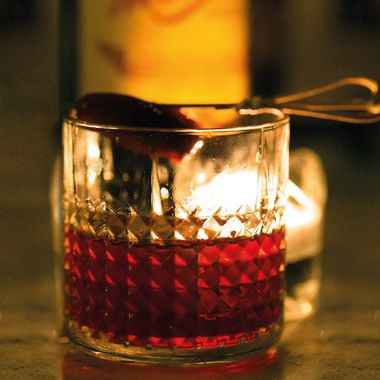 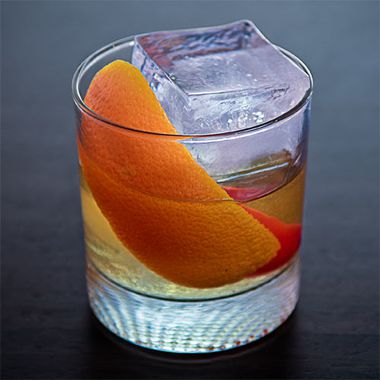