What one vermouth can’t do, two or more vermouths can.

If you think about what vermouth brings to the table in a cocktail, you’re generally looking at a harmonious bouquet of botanicals, the product of a proprietary recipe, and that means you’re working with a direct expression of one single producer. There’s nothing technically wrong with that––every element of its recipe was likely chosen for a reason––but tapping into what other vermouths have to offer opens up a whole new world of aromatics and flavors. That’s exactly why modern bartenders play around with their vermouths using a variety of techniques, but the concept goes back earlier than you might think.

The art of manipulating vermouth can be traced to Gold Rush-era San Francisco, or the mid-1800s, says Sipsmith gin ambassador Keli Rivers, a former Bay Area bartender herself. “It would usually come down to cost; the upper classes that could afford the premium spirits were drinking in parlors in high-end hotels like The Fairmont, Palace Hotel and Occidental Hotel, where Jerry Thomas worked from 1857 to 1862,” she says.

This wasn’t the case, however, in the Barbary Coast neighborhood, a 40-square-block red-light district in the city’s center, located above the ferry docks and nicknamed The Devil’s Acre. This is where early vermouth blending took place, according to Rivers. “Because Italian vermouth docked first in New York ports, it would either have to travel the long way across the country to get to SF or go by boat around [South America’s Cape Horn],” says Rivers, adding that there was no Panama Canal at that time. (It didn’t open until 1914.) “By the time these Italian vermouths arrived, most would be less than desirable for a sophisticated palate, and most of these lots were purchased before they left New York. So buyers did what they've done since the dawn of time: add ingredients––be it more spices, wine or spirits––to mask flavors.” 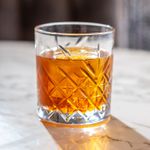 In modern-day Manhattan, Craig Joseph, who manages Ty Bar at Four Seasons Hotel New York, blends his Italian vermouth for slightly different reasons than did his San Francisco predecessors. For Joseph, it all began with a barrel-aging project, which opened his eyes to the stark differences of these vermouths when compared to their French counterparts.

“I liked the influence of both and decided to experiment using [French and Italian sweet vermouths] in the same beverage,” says Joseph. “The lightness and fruitiness of the French balances the heavier, more bitter Italian, which together rendered ‘my’ perfect vermouth.” By combining French and Italian vermouth styles (both sweet), he was able to foster a flavor profile that might not exist otherwise, especially in one single bottle.

Speaking of perfect, a conversation around mixing vermouths would not be complete without a mention of the long-debated concept that is the “perfect” Martini or Manhattan. This drink style, which splits its vermouth component between both sweet and dry, usually in equal parts, can at times be reminiscent of ’90s bartending school curricula, but most skilled bartenders today have their own approaches to making versions that actually taste good (and won’t judge you for ordering one).

New York City bartender and writer Jena Ellenwood acknowledges the potential of this particular definition of perfect. “I love a Perfect Manhattan––the dry vermouth really cuts through the weight of the whisk(e)y,” she says. “I think using both can achieve a really lovely balance, something we are always looking for in our cocktails.” In her 50/50 Birthday cocktail, too, she splits the vermouths in a 50-50 Martini between dry and the sweeter blanc style. 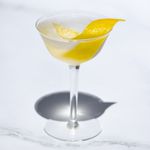 A Martini’s ideal vermouth combination is different for everyone, and bartender Tyler Zielinski stumbled upon his own during the R&D process building upon a London-dry-style gin and vegetal bitters. After trying blanc and dry vermouths individually, he opted to blend the two together in order to bring some of the blanc’s body to the drink and the herbaceousness of the dry vermouth. Initially, the duo was too sweet, so Zielinski incorporated another element.

“There are various ways to try and balance, but I opted for creating a citric-lactic acid solution to increase the acidity of the vermouth blend because I was set on the flavor,” says Zielinski, adding that he started by adding a couple of drops of the solution to 100 milliliters of the blend and then went by taste until he felt the mixture was properly balanced. “The result was a vermouth with a uniquely blended flavor that paired well with the gin, and an acidity that helped balance the mix in both mouthfeel and flavor.” At the end of the day, he adds, manipulating your vermouth is simply another way to harness existing flavors to work in your favor.

Zielinski isn’t alone in his endeavor. At Death & Co Denver, head bartender Alex Jump combines blanc and dry vermouth in her High Seas, a Boulevardier variation with nori-infused High West Silver Oat whiskey, Clear Creek pear eau de vie, Dolin blanc and dry vermouths, Cappelletti and a nori garnish. “The split between [these] vermouths keeps the cocktail perfectly balanced—not too sweet and not too dry,” she says, noting that using varying levels of sweetness in vermouth is a great way to control balance without introducing a different sugar source. “I apply [this] same logic when mixing Bamboos for myself at home, as I like a slightly drier cocktail generally, so I like to make them with a bit of both blanc and dry vermouth.” 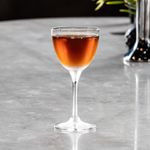 As another means of adjusting vermouth’s flavor profile, some bartenders turn to infusion techniques. Robin Wolf, who runs the bar at The Hatch Rotisserie & Bar in Paso Robles, Calif., was working on kegged cocktail recipes for an upcoming opening when she began experimenting with incorporating various ingredients into vermouth. Much like Jump, a key objective for Wolf was finding ways to introduce new flavors without having to bring additional sugars into the mix.

For one recipe, Wolf infused Lillet Blanc with dried rose petals for heightened floral aromatics in a Martini variation. “It’s surprisingly easy with a big flavor payoff, and you can do it at home with what you have on hand,” she says. “Be bold. Get creative. I’ve had success with everything from fresh fruits from the market [to] rosemary from my garden, even tea from my pantry. Things infuse at different rates, so start overnight and taste as you go.”

If you’re looking to start playing around with your vermouths at home, a great place to start is creating your very own house blend customized to your palate. You can use this in a number of your favorite cocktails, and it can be tweaked at any time to suit your needs. Rivers offers some advice on how to get started: “If you like it, it would probably be great in a blend,” she says. “Use a fairly mild base; this will lay the foundation of your blend but also allow for splurging on a craft or local vermouth you've been toying with purchasing. [Then] with the stronger-flavored vermouths, add a little at a time.”

Rivers has one final tip all drinkers should heed: “Keep your vermouth in the fridge."