Picture a typical spirits competition: a room with judges packed tightly around small tables, indoors, tasting and talking closely, no masks in sight, then toasting and laughing raucously at the end of a long day. What once seemed like an innocuous way to evaluate spirits, beer and wine seems downright dangerous in the pandemic era.

These competitions haven’t stopped during the pandemic. But like so many other aspects of the beverage world, they have shifted to protect the safety of the judges and the many other individuals who organize and administer these events. Some of the changes being made now may carry forward to future competitions, too.

Pushing Dates Back (and Back and Back)

The Las Vegas International Whisky Competition (IWC) also rescheduled its competition, from May to June. A monthslong government shutdown made it difficult for producers outside of the U.S. to obtain COLA waivers and other approvals needed to bring bottles into the U.S.

“That was the first problem,” says tasting panel head Sebastien Gavillet. “The second problem was getting in touch with people submitting bottles. Many were working from home or furloughed.” His team “had to be more creative to find ways to get in touch with them or people who might be making decisions for those companies,” he says.

For the first time in their decadelong histories, the NYISC and NYIWC events were transitioned to virtual events, allowing judges to taste from home. To accomplish this, samples were decanted into two-ounce bottles, numbered and assembled into tasting “kits” and dropped off by car to 85 to 100 judges.

“No UPS, no FedEx,” says Adam Levy, the founder of both events as well as similar competitions in Berlin, Hong Kong and Melbourne. “We controlled the whole experience that way.”

Judges filled out Google sheets with their feedback and scores. “No Zoom,” says Levy. “It’s hard to get people scheduled together; it’s like herding cats.”

While judges said they appreciated the opportunity to try the samples at their own pace, Levy says, “The feedback also was, ‘We’re all sad we can’t see each other; it’s one of my favorite days of the year.’”

While a virtual event may be less sociable, it’s more profitable, says Levy, as overall costs dropped dramatically. “There’s no venue, and we’re using less staff,” he says—three or four people compared to the usual 28 for an event. “Labor costs were lower; venue costs were gone.”

Looking ahead, it’s possible that it may be harder to secure judges to participate in virtual events if the format continues going forward. “The camaraderie and travel is often the allure,” says Levy, though his competitions rely on local judges.

Elsewhere, the American Craft Spirits Association (ACSA) pushed back its 2021 craft spirits competition from fall 2020 to spring 2021 and opted to shift to a virtual event, as well. The organization will ship judging kits with vials of spirits samples to judges, with their scores and notes recorded online.

“Obviously, things are a bit different this year, but as a proud nonprofit independent trade organization, we realize more now than ever our industry needs a truly unbiased and meaningful way in which to taste and celebrate the best our independent small-scale distillers have to offer,” says ACSA judging director Maggie Campbell.

For IWC, a virtual event was out of the question. Tasting in person, says Gavillet, eliminates distractions and variables, such as what judges eat and the pacing of tastings. (IWC judges evaluate one sample at a time rather than sampling flights.)

Instead, IWC opted to move ahead with an in-person event that allowed for social-distancing measures. But doing so meant moving the event, usually hosted in Las Vegas, across state lines to Colorado.

“With the shutdown, there was no way to hold that competition locally,” says Gavillet. Instead, the event was moved to the mountain resort town of Estes Park, Colorado, where state guidelines allowed for eight or fewer people in a room at a time. That accommodated four socially distanced judges (two more opted to taste remotely) and two staffers to pour samples, plus a director and an administrator.

Yet even when the pandemic recedes, the IWC may not return to Vegas. “The only change we probably will keep is we probably will go back to Estes Park, because the judges loved it,” says Gavillet. “The venue was superb. They rolled out the red carpet. We’re probably going to shift the venue there.”

The John Barleycorn Awards, now in its second year and headquartered in Dallas, started as a virtual competition and remained that way in 2020. Engineered to be a budget-friendly spirits competition (entry fees are $250), the judges are primarily journalists and content providers. Bottles are accepted at the Texas facility, where they are doled out and sent to judges, who have up to one month to taste and evaluate at their convenience.

This setup is designed to avoid pitfalls such as palate fatigue. “I don’t care who you are—your 125th sip won’t be as accurate as your seventh throughout a long day of tasting,” says director of judging John McCarthy. Plus there’s influence from other judges in the room.

Looking ahead, McCarthy anticipates that other competitions will go virtual, even after the pandemic is over. “People will start asking themselves why the heck we’re flying all these people around to begin with,” he says. “I think it will be the start of a whole new look at how we do competitions.”

Although 2020 hasn’t been highly profitable—“We made no money in the competition this year,” McCarthy says flatly—Barleycorn still donated $10,000 to the U.S. Bartenders Guild COVID-19 Relief Fund “just to let the community know we’re thinking about them and support them.”

Roll up the red carpet. The in-person presentation of awards is canceled this year. Even IWC, whose judges tasted whiskies in person, is forgoing its usual celebration activities.

“We usually tour the winning distilleries, where we do the awards and provide the certifications to the winners,” says Gavillet, including a ceremonial passing of a “golden barrel trophy” from one distillery to the next winner. “We can’t do that this year, at least not yet.”

While profitability is of course the key metric, many competitions also measure success by the volume of submissions.

For IWC, says Gavillet, “just under 200” submissions came in, on the lower end of the scale but within the ranges of previous years. Typically, the number of entries varies from 180 to 300, estimates Gavillet. (The entry fee is $400 per submission.)

To encourage even more submissions, IWC has expanded the submission timeline for 2021. In fact, the competition is already accepting entries, a process that began in September.

Usually, the process begins in January for the May competition. But fearing a second wave of the pandemic or another government shutdown, IWC began accepting entries for 2021 almost as soon as the 2020 event concluded.

“And we’ve been very busy,” says Gavillet. “A lot of companies that missed the [2020] deadline have already entered [for 2021].” That includes an uptick in smaller and craft distilleries. Based on what has already come in, he estimates that 2021 is on track for 250 to 300 submissions.

Meanwhile at NYISC, the number of spirits submissions were up by about 15% compared to 2019. “I think because we kept pushing the dates back we got more submissions,” says Levy. Also, “I think we’re a good-value competition,” with the entry fee at $300 per submission. The number of submissions for the New York wine competition was “about the same” as 2019. “Which to me is a victory, in this environment.” he says.

And what about the year ahead? “I’m more scared for 2021,” says Levy. Roughly two-thirds of his spirits competition entrants are small and craft distilleries, a segment of the industry that has been on particularly precarious footing. “I’m in good shape now, but 2021 is what keeps me up at night.” 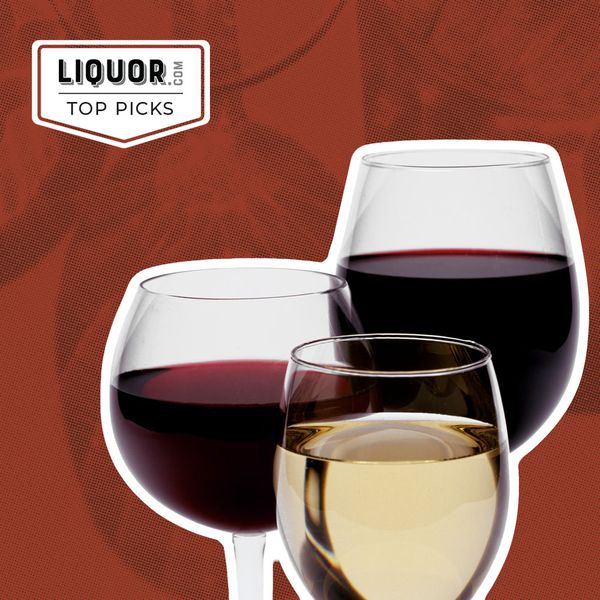