The sour, requiring just three ingredients, is one of the simplest types of cocktails to make and also among the easiest to riff on. The standard sour template consists of a spirit, a sweetener and a citrus juice, which contributes the “sour” element. The first known written recipe for a sour appears in American bartender Jerry Thomas' 1862 book, “The Bartender's Guide,” which has recipes for a Brandy Sour, Gin Sour and Santa Cruz (a rum sour), but the sour had existed as a cocktail format for perhaps a couple hundred years before it first appeared in print.

The sour, a derivative of punch, was first created on British naval ships in as early as the 1600s. In those days, scurvy, a disease linked to vitamin C deficiency, often plagued sailors at sea. They eventually discovered that ingesting citrus would help prevent this painful disease. To that end, sailors would cut their rum rations with citrus and a little bit of water to both make the rum more palatable and deter the scurvy. This Daiquiri-adjacent mix became known as grog and was the foundation for the sour cocktail that we know today.

If you’ve had a Whiskey Sour or Gimlet, then you’re familiar with this style of cocktail. These are nine essential sours to add to your cocktail repertoire. 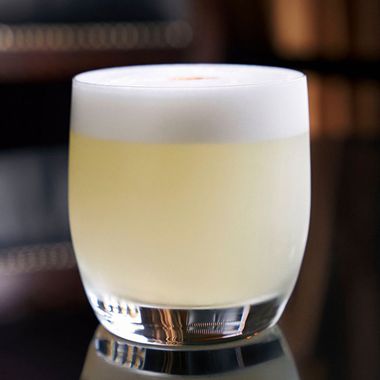