Love maple? Crave spice? Flavored whiskey is having a moment. 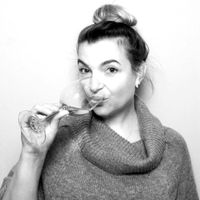 Flavored spirits are on fire. Brands have been introducing more and more iterations each year—everything from smoked-salmon vodka to chocolate tequila.

Whiskey distillers are joining the fun, too. Brands both big and small are coming out with a range of flavored bourbons and ryes. There are even scotch houses hopping on the bandwagon. While many new offerings are designed to target flavored-vodka fans, some of them—especially from smaller companies—are drams connoisseurs absolutely will appreciate.

Find your new go-to among these eight bottles.

The growing cadre of maple-flavored whiskeys includes this one from Bird Dog, which has a whole litter of flavored Kentucky bourbons, from cinnamon to strawberry. This one is made with real maple syrup for a sweet, buttery flavor profile. The brand suggests swapping it for gin in a Negroni to produce a richly flavored Boulevardier.

Read Next: The Best Bar Carts

Flavored whiskeys may be all the rage in America, but for hundreds of years the Scottish have been combining their whisky with local honey, herbs and spices for Drambuie. That storied infusing is now joined by Dewar’s Highlander Honey, made with locally sourced nectar. The sweet spirit has a hint of peach and is best enjoyed over ice or with a splash of cola.

Brooklyn’s Kings County Distillery produces this chocolate whiskey by infusing its spicy moonshine with cocoa husks from Mast Brothers Chocolate Factory in the same New York City borough. The result is rich and dark chocolaty, but not too sweet. Pro tip: It makes quite a decadent Manhattan.

Read Next: The Best American Whiskeys Under $50

Owned by Jim Beam, maker of the wildly popular Red Stag line, Knob Creek offers this 90-proof smoked-maple bourbon. According to the brand, it was inspired by founder Booker Noe, who loved maple syrup and was known to tote around one of his smoked hams wherever he went. Maple and smoke notes dominate here, but it’s also got a good deal of spice going on.

Washington, D.C.-based importer Georgetown Trading Co. released one of the most unusual rye whiskeys we’ve ever tasted. Infused with a range of botanicals, like saffron and orange peel, it’s named for a tradition of folk magic that dates back to early Pennsylvania Dutch settlers. Enjoy it neat or in a simple cocktail, like an Old Fashioned.

Jim Beam helped jumpstart the flavored whiskey trend when it introduced black cherry Red Stag back in 2009. Peach, vanilla and Fire flavors followed. This addition to the line, inspired by hard cider, has “crisp fruit and subtle spice” notes. and is a fine way to bring bourbon and apples together.

This unique spirit from Sons of Liberty, Rhode Island’s only whiskey distillery, began life as an IPA brewed with Connecticut’s Cottrell Brewing Company and was then distilled and aged in American oak barrels. After that, it was dry-hopped with Citra and Sorachi Ace hops to boost the floral notes. An impressive journey to bottle.

Wild Turkey is famous for its bourbon and rye whiskey, but it’s also a flavored-whiskey pioneer, having introduced the sweet American Honey way back in the ’70s. (It was called Wild Turkey Honey Liqueur back then.) Wild Turkey Spiced Bourbon is an 86-proof “bold blend of Kentucky bourbon” and spice. Expect bourbon sweetness with a kick.