We bet you never knew how easy it is to make infused spirits at home.

Back in the early aughts, infused spirits were the bee’s knees. All of the coolest, craftiest, most culinary-savvy bartenders were making them. And now, 20 years later, infusions have not only stuck around but have prospered and become commonplace in bars, a testament to the technique’s significance in cocktail culture.

Infusing a spirit with a food ingredient is one of the best and easiest ways to express seasonality in a cocktail. You can take beets, carrots, basil stems, coffee grounds, or virtually any other seasonal food and impart its flavor and sometimes texture into a spirit. Bartenders prefer to use this method in cases where they feel a food complements the flavors of the spirit (for example, jalapeño peppers and tequila for a Spicy Margarita) and would prefer to layer the flavor into the alcohol as a single ingredient rather than create a syrup or other component, which would add more volume to the cocktail.

Depending on the characteristics of the food item the infusion method and time will vary. It’s also important to note that there are some safety rules to follow when infusing, since alcohol is a solvent and, in some circumstances, can extract unsafe elements of food if not done properly. We encourage beginners to follow recipes when starting out and to reference Cocktail Safe before striking out with your own infusions.

For the bourbon-lovers out there, we’ve rounded up six delicious infused-bourbon recipes to try. 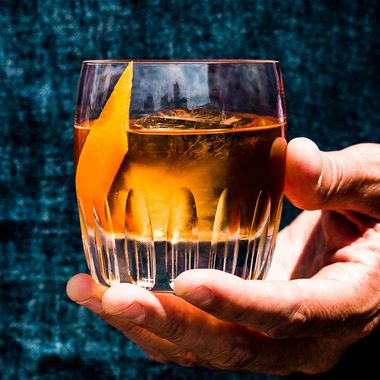