While the wells of most American bars are lined with bottles of vodka, gin, bourbon, and rye, shochu remains a rarity on American bar menus. It makes no sense to some bartenders who are fans of the spirit. “It’s such a true expression of raw ingredients,” says Julia Momose, the creative director at Bar Kumiko and Kikko in Chicago. “It’s rich in flavor, yet supple and easy to drink with food.” Made with just a base ingredient, koji, and water, the spirit is distilled just once to keep its flavors pure.

Kenta Goto, the owner of Bar Goto in Manhattan and Bar Goto Niban in Brooklyn, preaches the spirit’s versatility. “It can be enjoyed neat, on the rocks, with soda or hot water, and in cocktails,” he says. 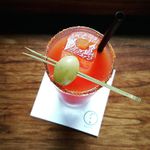 The spirit itself can vary wildly based on how it’s made. “Rice shochu is often super-clean, and you get a hint of a sake note, while potato shochu is bold and earthy,” says Goto. “Barley shochu can taste entirely different, depending on what type of koji is used. It’s such a fun category to explore, and just like sake, it’s a core part of Japanese drinking culture.”

But knowing where to start with the Japanese spirit can be tough. Goto and Momose offer some tips.

Shochu often gets lumped in with its Korean cousin, soju. “The simple difference between the two is that soju is a Korean spirit and shochu is Japanese,” says Momose. “The dissimilarities go beyond place of origin as well. Honkaku shochu is uniquely Japanese, tied to rules and regulations set upon the category by the Japanese government. This is to ensure the quality of the spirit—that it is distilled once, and no flavorings or additives are allowed, other than water. Only 54 ingredients are allowed to be used with koji-fermentation. Soju does not have such restrictions.”

The American government is also largely to blame for the confusion. “Due to TTB regulations, spirits labeled as soju may be sold in stores and restaurants in some states with beer and wine licenses,” says Momose. “Shochu is not allowed the same distinction. So some shochu producers who are bottling at or below 25% ABV include the word “soju” on their labels so that they too may be sold in such stores.”

Another case of mistaken identity shochu faces? Getting lumped in with vodka. “Shochu is not the same as vodka.” says Goto. “That’s because of the use of koji. Koji creates umami flavor; you’ll also find it in almost all things from Japan, such as miso, soy sauce, mirin, and sake.”

While the Japanese will sip shochu neat, hot, or on the rocks, the spirit plays well in a range of cocktails. “I’m currently excited about an Old Fashioned variation I make when peaches come into season that highlights the fruity notes of Iichiko Saiten,” says Momose. The shochu is joined in the cocktail by oolong tea, summer peach syrup, yuzu bitters, and cardamom bitters.

For both Momose and Goto, one of the easiest routes to building a mixing relationship with shochu is to tweak classic cocktails.

At Bar Goto, Goto has subbed in shochu to make a savory Margarita riff and used a full-bodied shochu in a sesame milk punch. “It’s like a nutty, creamy Alexander,” he says. To make a Shochu Bloody Mary, he splits the base between a lower-proof shochu (Iichiko Silhouette) and a higher-proof, full-bodied option (Iichiko Saiten), adding serrano chile to accent the latter’s umami notes. 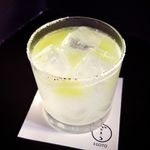 There are a few tricks Goto leans on when working with shochu. The first is to keep an eye on the proof. “While most recipes for standard cocktails use spirits that are 80-proof or higher, most shochu is around 50 proof,” he says. “It’s important to tweak your recipes to make up for the difference.”

Goto goes about this in a few different ways. “You can reduce the sour and sweet components,” he says. “You can also balance out the lower proof of shochu with a small amount of a higher-proof spirit to raise the overall proof of the drink.” He also recommends shaking all ingredients without the shochu, then adding the spirit afterward so as to keep its flavors concentrated. If you’re electing for this technique, “keep the shochu icy cold until you shake it to minimize dilution,” says Goto. Alternatively, keep the proof low and lean into a lower-ABV cocktail.

Beyond riffs on classic cocktails, “Shochu can be enjoyed neat, on the rocks, or in an extensive mix of playful cocktail creations,” says Momose. “I love to mix shochu and water in various forms.” She’ll sip it on the rocks, with hot water mixed with green or oolong tea, or muddled with fresh fruit and sparkling water. “The latter two drinks are called chawari (mixed with tea) and chu-hi (a fruity shochu highball),” says Momose.

With these cocktail tricks in mind, what shochu should you reach for? “Asking me to choose one favorite shochu is like asking me to choose my favorite glassware at the bar,” says Momose. Goto personally prefers Satsuma Shiranami when working with potato (imo) shochu, and Hyaku for rice (kome) shochu.

“Honkaku shochu is my favorite style of shochu,” says Momose. “This translates to ‘authentic’ or ‘genuine’ shochu. This style is distilled only once and made from one of 54 government-approved ingredients. The only thing that may be added to it after distillation is water.”

When Momose is at the bar and a guest asks about the spirit, she pours them a splash of Iichiko, one of the most readily available shochu brands in the US. It’s a barley-based shochu from Oita Prefecture in Kyushu, and she leans toward Iichiko Silhouette, a classic style of honkaku barley shochu bottled at 25% ABV. “It produces aromas of white peach and golden plum,” she says.

These tips will guide your entry into the spirit, but there’s plenty left to learn, and the best way to understand the variance in flavors is to head to a local Japanese bar and opt for a flight. From there, try building out your favorite classic cocktails using shochu instead of the traditional spirit. You’ll soon become a fan of its versatility. 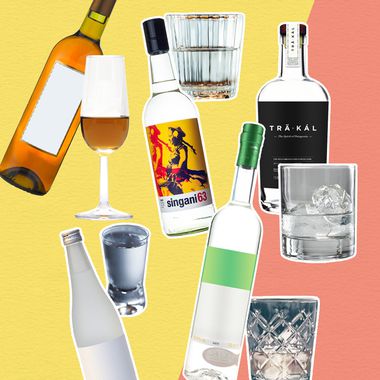 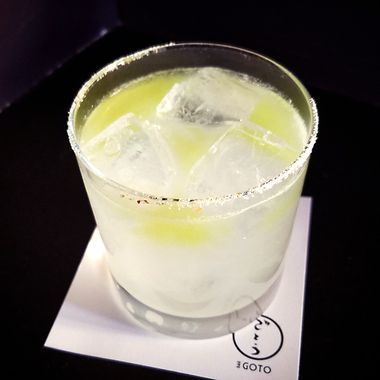