For starters, maybe use a different word.

Bartender Ari Daskauskas has never felt comfortable with Tiki. She grew up in Honolulu and attended schools for indigenous Hawaiians. When she began bartending seven years ago, native Hawaiians and people of color comprised most of her professional community.

But once she moved to Los Angeles and then New York, Daskauskas realized that the average American mainlander—and bartender—didn’t understand what it means to be Hawaiian or Polynesian, let alone the past and present struggles of indigenous Oceanic people. She bristled at glib references to “aloha” in bars, sarongs as uniforms and even the word Tiki.

Last summer, Daskauskas, who’s now the head bartender at Natasha David’s Nitecap in NYC, sent a message to the industry with a cocktail and an accompanying (and now-deleted) Instagram post that read: “It’s easy to take this job way too seriously and I’m constantly reminding myself that ‘they’re just drinks.’ But there are some drinks that are more than that, some that are meant to create a dialogue. The idea was to create a drink that could give you a glimpse of my home, O‘ahu, Hawai‘i, through the lens of a Native Hawaiian … a point of view not always considered when creating ‘Polynesian inspired’ cocktails. It’s all too easy to forget that Hawai‘i is more than just grass skirts and poolside drinks in inappropriate mugs. Hawai‘i is pure, its people are proud and resilient, our culture is sacred and so is our land. And while this is ‘just a drink’ I hope that it can open a dialogue in our industry about what it means to use Polynesian culture to create a false sense of what Polynesia is.”

The cocktail from that post, Sun Lite Moon Lite, is named for Daskauskas’ favorite song by Hawaiian folk band Country Comfort. Its base is Kō Hana Hawaiian agricole-style rum, produced in a distillery set on a former Del Monte pineapple farm and made from heritage sugar cane varieties that were nearly wiped out by modern agriculture. “The rum is about taking back what was taken,” says Daskauskas. From the Kō Hana, she builds a spritz with Absentroux aperitif, Clément Mahina Coco liqueur, pineapple gum, lime and sparkling wine. There’s no crushed ice, no mug and no garnish. This sparked conversation among some of her peers, who wanted to talk and learn more about her perspective.

There’s a large segment of the drinks community that recognizes that elements of Tiki, in particular its mugs and iconography, are at best problematic and at worst racist. Many bars have swapped out glassware and toned down kitschy decor. It’s a great first step, but it’s also the easiest.

“The major problems that we need to address are not in the cultural appropriation of Tiki but in the effects of colonialism/imperialism/militarism in our islands and how Tiki was born out of that,” says bartender Sam Jimenez in a Facebook post written shortly after John Birdsall’s article on Tiki was published in the Los Angeles Times.

Jimenez’s post continues: “Look, the history of colonialism in the Pacific is long. Our islands were stolen from us. Many of our ancestors died fighting for them. Some of the ones who didn’t die were then forced into indentured servitude. Propaganda was used against our people to demean us and turn us against one another. Propaganda was used to create an image of ‘foreign savage.’ Propaganda was used to over sexualize our women. This is a part of our history. The military relationship with our islands has killed thousands and left some without homes. And yet, there they are, utilizing aspects of our culture to benefit financially from. THAT IS COLONIALISM.”

Jimenez is a bartender at San Francisco’s Novela. He’s of Mexican American and Samoan American heritage, and in 2019, he presented a seminar called “Tiki through a Polynesian Lens” at Portland Cocktail Week, Thirst Boston and Toronto Cocktail Conference.

His talk covers ugly, emotional subjects. He and his students have cried. “People have asked lots of great questions, and if anything, they walk away challenging themselves,” he says.

Jimenez didn’t get into bartending to be a voice for Polynesian people. He grew up in a culturally rich home and wore his Samoan identity with pride. Because he was so open, peers came to him with questions about Tiki—and at first, he didn’t necessarily have the answers. Jimenez began to research Oceania (a term he and many indigenous Polynesians prefer to the Pacific Islands), and “it opened up a whole new world of knowledge about the history of colonialism and imperialism in the Pacific,” he says.

Tiki and its legacy are complicated. There are hard-working indigenous islanders and people of color who work in tourism, make Tiki drinks and even founded early Tiki bars like The Mai-Kai in Fort Lauderdale and Tiki-Ti in Los Angeles. Then there are the bartenders who have devoted their careers to the genre and culture. Craft bartending has benefited tremendously from their work, and Tiki drinks, with their complexity, history and craft, are indisputably among the highest forms of American drink-making.

But Tiki, now in its third wave, is booming in popularity. For every professional who has developed custom rum blends, collected vintage decor and traced the footsteps of Victor Bergeron and Ernest Gantt, there’s an owner who opens a hula-girl-bedecked Tiki bar with drinks served in Māori Tiki mugs. For a lot of folks, Tiki is no more than a marketing ploy, and arguments for perpetuating its iconography, costumes and decor are thin.

Daskauskas and Jimenez don’t pretend to speak for all Polynesian people, but they hope to dismantle pervasive narratives suggesting that, for one, Tiki imagery is a farcical hodgepodge of island cultures that isn’t intended to represent Polynesian culture, and second, that Tiki is appreciation rather than appropriation.

They also hope to introduce their peers and the drinking public to a richer, more nuanced view of Polynesian culture. No doubt, changing minds and bars will be slow, messy and fraught, but there are a few ways (big and small) for the industry to start rethinking Tiki.

Though traditions vary among Oceanic communities, Tiki is the name of the first man in Māori mythology (à la Adam in Judeo-Christian tradition). It’s also the word used for carved figures of gods or ancestors. For Daskauskas and Jimenez, the use of “Tiki” is problematic in and of itself.

“When you reduce a word to a kitschy style of bar, it takes away its value. Now, the only thing people outside of the Polynesian community associate with the word Tiki is cocktails,” says Daskauskas. Both bartenders would like to see the word “Tiki” fall from favor, replaced by “tropical.” Bars like Lost Lake in Chicago, Miss Thing’s in Toronto and Jungle Bird in San Juan have already embraced the new moniker.

“Let’s dismantle it, change the verbiage and change the way we speak about tropical cocktails,” says Daskauskas. “Everyone is so comfortable with the word Tiki, but I don’t know if people should be. We can take that style of cocktails and build it up without any of the cultural references.”

Banned from public school curriculum in 1896, the Hawaiian language almost went extinct in the 1980s. Daskauskas’ grandparents told her stories of getting disciplined in class for speaking Hawaiian. Flippant use of her language burns. On the mainland, she has seen menus with Hawaiian words misspelled and written with improper punctuation. She views the use of “aloha” and the “aloha spirit” as a synonym for hospitality as particularly egregious.

“I don’t know if people really know what that spirit is. The aloha spirit is something that’s handed down to you. You are born with it. It’s about generosity, selflessness and making people feel like they’re at home and welcome. I feel like there are lots of different interpretations, but the root is love in the most selfless and generous way,” she says.

Lots of bars serve tropical drinks from panda, dolphin and flamingo mugs these days. But Daskauskas says to pay attention to who manufactures those vessels. Do those same vendors still sell Māori mugs? If so, think about ways you can help change the supply chain, whether that means switching vendors or bringing them into the conversation.

Jimenez says that texture in tropical bars matters too. Tapa cloth, for example, is widely used in tropical bar design, and it has important ceremonial and cultural significance. “If you’re using the imagery, take time to understand it,” he says.

4. Expand Your Notion of Cocktail Escapism

“Look, I understand the desire for escapism. Tiki was created during the Great Depression in California, one of the few states that had thriving industries in the U.S. at the time. People need to escape shit,” says Jimenez in his Facebook post. “I watched ‘Game of Thrones’ to escape and be entertained. But the white experience of escaping to the Tiki Pacific was happening at the same time that the U.S. government was testing nuclear bombs in our oceans, killing and exposing our people to toxic nuclear energy at higher levels than Hiroshima and Nagasaki. While they were using our culture to enjoy the hula dancers and the leis, OUR people were dying.”

Fortunately for the industry, the imagery of escapism is not limited to Oceania. Palomar, Ricky Gomez’s Cuban cocktail bar in Portland, Ore., offers guests a festive, warm, booze-filled retreat, all without wooden wall carvings, hula dancers or grass skirts. It’s not that hard to conjure sunshine if you try, especially if the setting (Florida, the French Riviera, Tulum, Phuket, Jamaica, Ibiza, etc.) is a place with which you’re intimately familiar.

The indignities against past and present Pacific Islanders are vast. Just a few:

In 1893, Hawai‘i’s monarchy was illegally overthrown by American forces, and its land seized, to build a slave-based farming economy. Territories, including Samoa and Guam, house giant American military bases, but their residents have no voting rights in Federal elections and no representation in Congress; residents of Samoa aren’t even American citizens. After using the Marshall Islands to test nuclear bombs, the American military installed a large nuclear waste facility on Runit Island. Now outdated and damaged, it threatens to leak radioactive material into the Pacific. Nuclear waste is hard to reconcile with the easy, carefree notion of Tiki.

Most Americans (myself included) have a lot to learn about colonialism and imperialism in the Pacific—and just as important, the arts, languages, traditions and people who survive those systems, who live in places that are caricatured by the hospitality industry and who are asking the bar community to listen to their perspectives.

Jimenez is optimistic. He believes that when people are armed with information, they make better choices. “Education is a process. When we’re satisfied with the level of knowledge in the industry, then maybe at that point, we can start to implement certain ideas. It’s the long game for me and what I want to see out of this community,” he says.


To learn more about Oceanic culture and history, Jimenez recommends the following works: 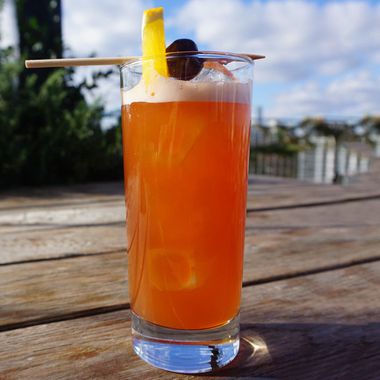 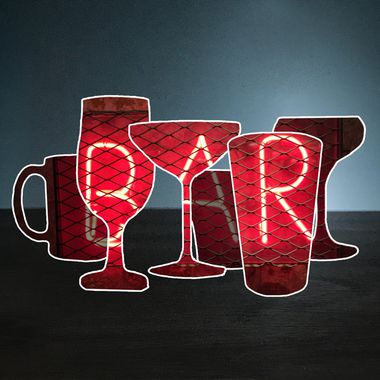