The Zombie is a classic Tiki drink by legendary bartender and restaurateur Donn Beach, of Don the Beachcomber. It’s one of many popular cocktails that were created and served at the fun-loving Hollywood bar, which opened in 1933 and was responsible for kicking off the Tiki craze.

The Zombie is a behemoth of a drink that features three different rums—Jamaican, Puerto Rican and 151-proof—along with fresh lime juice, falernum, grenadine, a few drops of anise-flavored liqueur and Donn’s mix, which is essentially a cinnamon simple syrup mixed with fresh grapefruit juice. It’s emblematic of many cocktails served at Beach’s bar: strong and complex with lots of ingredients and multiple rums. But the Zombie fits perfectly with his philosophy: “If you can’t get to paradise, I’ll bring it to you.”

The Zombie is regularly tweaked by bartenders and authors, so published recipes can vary. Even Beach changed his recipes over the years, and another Tiki legend, Trader Vic, also served a version on his restaurant menus. But this recipe comes from Tiki historian, bar owner and author Jeff “Beachbum” Berry and stays true to the 1930s original. Just note that, supposedly, Beach limited his customers to two Zombies because of their strength. Any more, he said, could make you “like the walking dead.” 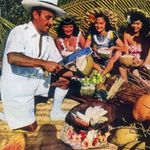 *Donn’s mix: Bring 3 crushed cinnamon sticks, 1 cup sugar and 1 cup water to a boil, stirring until the sugar is dissolved. Simmer for 2 minutes, then remove from the heat and let sit for at least 2 hours before straining into a clean glass bottle. To finish the mix, add 1 part of the syrup to 2 parts fresh grapefruit juice. Cover and keep refrigerated for up to 2 weeks. 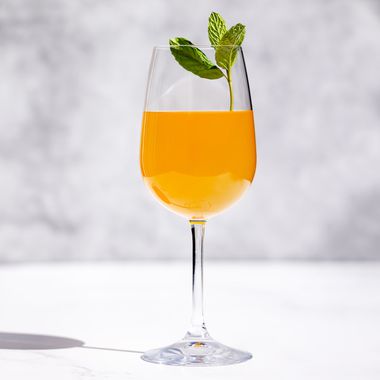