The Mai Tai is one of the most famous Tiki drinks in the world. Composed of rum, orange curaçao, fresh lime juice and orgeat (a nuanced almond syrup), it’s held sway over cocktail enthusiasts and Tiki aficionados for decades. It even enjoyed a star turn in the Elvis film “Blue Hawaii.”

Victor “Trader Vic” Bergeron is often credited with inventing the drink at his Trader Vic’s bar in the 1940s, though it’s likely that Donn Beach laid the groundwork for the famous recipe during the 1930s at his Don the Beachcomber bar. The original Trader Vic’s recipe featured Jamaica’s J. Wray & Nephew rum. Once Bergeron ran out of his supply, he moved to blending rums in an attempt to create a similar flavor profile.

While the Mai Tai was created as a way to showcase the flavors of good-quality rum, it took a wrong turn over the decades as bartenders employed bottled juices and mixers. Those yielded neon-colored or overly sweet cocktails. Fortunately, a renewed interest in Tiki cocktails has returned the Mai Tai to prominence as a fresh, balanced, rum-forward cocktail.

Today’s bartenders continue the tradition of blending rums, aiming to find the optimal combination of flavor, depth and complexity. Some barkeeps utilize a crisp white rum alongside a dark overproof rum. Others play with high-ester Jamaican rums and grassy rhum agricole. There isn’t one right answer, but it’s helpful to consider four traits when creating your own rum blend: ABV, age, production methods and the raw materials used to make the rum. Find harmony in the details, and you might create the next great Mai Tai.

Once the drink is shaken and served over ice (crushed is best), it’s time for the garnish. Go wild, if you’re feeling creative. Some Mai Tais feature everything from pineapple wedges to cherries on top. But if you’d like to keep the presentation cool and classic, a lime wheel and mint spring are a fine choice.

And as for the name: Supposedly, the first person to try the cocktail was said to cry out “Mai Tai!” which means “the best—out of this world” in Tahitian.

Click Play to See This Mai Tai Recipe Come Together 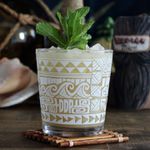 Nu Mai Tai
24 ratings
Rate This Recipe
I don't like this at all. It's not the worst. Sure, this will do. I'm a fan—would recommend. Amazing! I love it! Thanks for your rating! 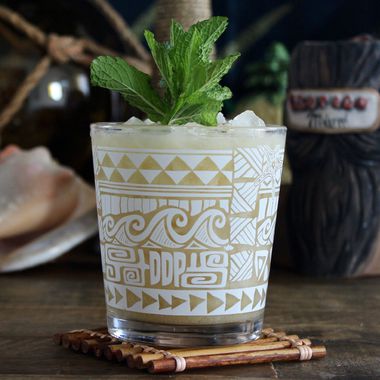