Elaborate infusions and esoteric bitters are fun, but you don’t need anything fancy to create a great cocktail. Often, easy-to-source ingredients combined in simple packages result in the best drinks. Case in point: the Tom Collins, a classic cocktail featuring gin, lemon juice, simple syrup and club soda. The refreshing drink tastes like a spiked sparkling lemonade and is equipped with all you need to cool down on a hot day.

There’s some debate as to the cocktail’s origin. According to drinks historian David Wondrich, the Tom Collins is strikingly similar to the gin punches being served in London bars during the 19th century. An enterprising barkeep named John Collins named the concoction after himself, whether or not he invented it. But given that the cocktail was typically made with Old Tom gin, drinkers eventually took to requesting Tom rather than John Collinses.

The Tom Collins was immortalized in Harry Johnson’s 1882 book, “New and Improved Bartender’s Manual: Or How to Mix Drinks of the Present Style.” It remained popular over the decades and is still a prominent drink today, available at bars across the world. You don’t need to visit a bar to drink one, however. As the Tom Collins requires no special tools—not even a shaker or strainer—it’s a snap to make at home. Simply build the drink in a tall glass, add ice and an optional garnish, and you’re done. Take one refreshing sip, and you’ll quickly see why this cocktail lives up to its classic status.

Click Play to See This Tom Collins Recipe Come Together 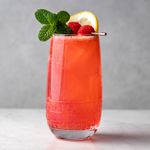 Raspberry Collins
51 ratings
Rate This Recipe
I don't like this at all. It's not the worst. Sure, this will do. I'm a fan—would recommend. Amazing! I love it! Thanks for your rating! 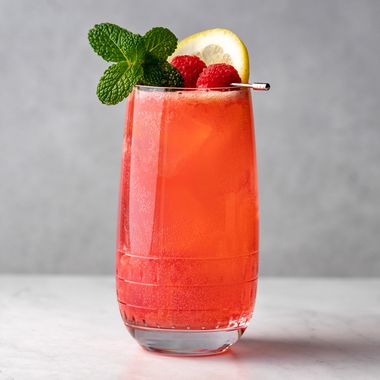