The Mint Julep has been quenching thirsts since it arrived on the scene in the southern United States in the 18th century. Composed of bourbon, sugar, mint and crushed ice, this refreshing cocktail was liquid air conditioning served in a silver cup.

Although the bourbon-spiked Mint Julep is the most well-known version on the cocktail, the julep is actually a category of drinks featuring a spirit served over crushed ice. So, it comes in more varieties than only bourbon and mint, and some of the first juleps were made with cognac and brandy. Very few were made with Thin Mint cookies, however. The Thin Mint Julep is a modern invention from bartender Kristen Struckmeyer that’s perfect for anyone who wants to pair their Girl Scout cookies with whiskey.

This fun take on the classic cocktail starts simple enough, with bourbon, mint and simple syrup. But it quickly takes a left turn with white creme de cacao, a sweet, chocolaty liqueur that adds a rich and creamy note to drinks. The liqueur is clear, so it doesn’t muddy up the visuals.

The Thin Mint Julep is constructed like traditional juleps, and crushed ice is packed generously into the silver mug until the vessel is frosted on the outside. The pièce de résistance is the garnish, a Thin Mint cookie that looks good and provides a tasty snack between sips. This recipe strays from the classic formula, but it’s still recognizable as a julep. So, the next time Girl Scout cookie season rolls around, do yourself a favor and set aside a few Thin Mints for cocktails.

Click Play to See This Thin Mint Julep Come Together

Gin on Gin Julep: Gin and genever give this julep riff a unique flavor that melds dry botanicals with malty sweetness. 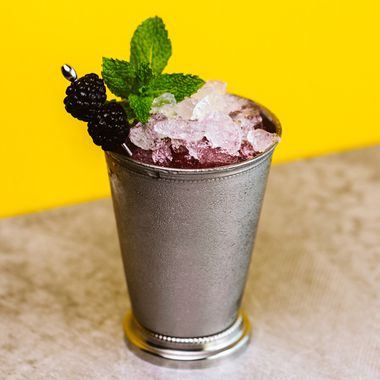 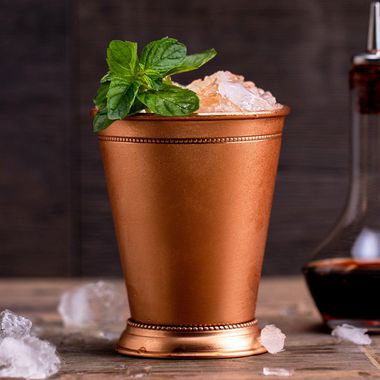 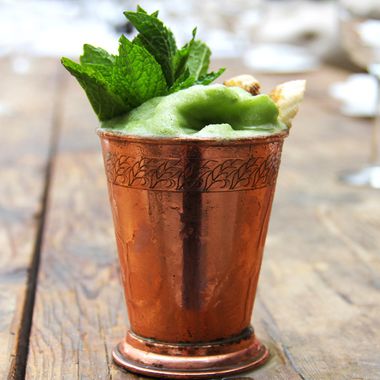 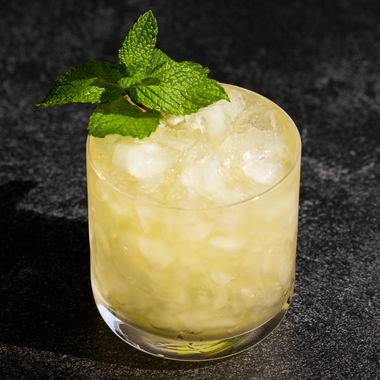