It’s hard to conjure a more popular yet derided spirit than Jägermeister. More commonly referred to as “Jäger,” often in tones of deep contempt, the German amaro is commonly associated with university hijinks and poor youthful decisions. Some of the blame must be placed on the Jäger Bomb, a mixture of Jägermeister and some kind of energy soda, primarily Red Bull. A hallmark of college parties, the concoction is a cloying, syrupy drink that has probably turned more people off of Jägermeister than it has made people fans.

It’s too bad, as the spirit itself is perfectly commendable. A deeply botanical spirit, it’s made with 56 herbs and spices infused in neutral spirits and aged in oak. Like other amari including Fernet Branca, it’s often treated as an after dinner drink for digestion, and also serves well as a cocktail ingredient.

The Stag’s Leap is one such drink that helps elevate Jägermeister’s beleaguered reputation, and demonstrates what a nice spirit it can be when used well. The drink—whose name is inspired by the stag’s head featured on Jägermeister bottles—comes from bartending icon Sother Teague. Teague is well known for his bar program at New York City’s Amor Y Amargo, one that was revolutionary when it opened in 2011 for its bar program that focused on bitters, vermouth, and amari. The Stag’s Leap is indicative of the bar menu, as it’s made with equal parts Jägermeister and sweet vermouth, dashed with bitters and topped with club soda for a botanical, herbal and refreshing highball.

The bitters Teague uses in his highball are also a New York product. Devil’s Larder Root Beer Bitters are made in Brooklyn, and enhance the already present notes of root beer that are in Jägermeister. Teague is less specific in his sweet vermouth selection, but considering the drink’s origin it’s best to err on the side of higher quality. Something like Dolin Sweet Vermouth offers a lovely blend of sweet, bitter and botanical while remaining affordable, while a vermouth like Punt E Mes will add even darker notes of bitterness and botanicals. Carpano Antica Formula is pricey, but will elevate the drink even more with its complexity and richness.

Served over ice and topped with club soda, the resulting drink puts in the work to help alleviate some of the negativity that Jägermeister has received over the years. Try surprising your next dinner guest with the Stag’s Leap and see if they can even tell what’s in it. You might just change their, and your own, perspective on Jäger.

Jägermeister: What It Is and How to Use It. 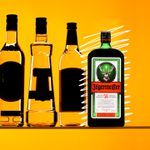 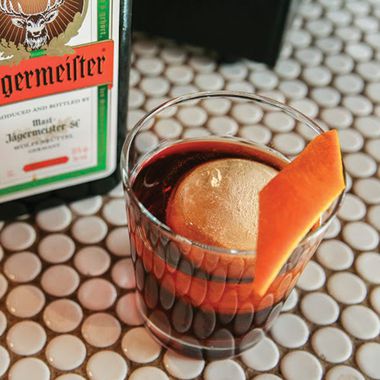 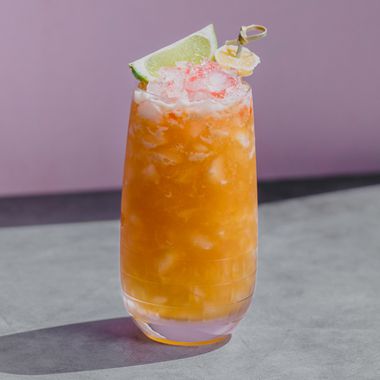 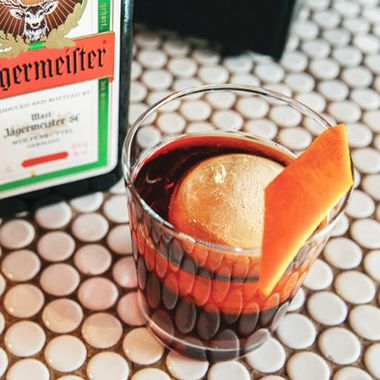