The chef at Bardo in Charlotte is fond of using Asian ingredients, so head bartender Amanda Britton mirrored that preference in the cocktail glass during her time behind the bar. One example is the South Mint 75, which is a cross between two classic cocktails: the South Side (gin, lemon juice, simple syrup, mint) and the French 75 (gin, lemon juice, simple syrup, Champagne).

Britton’s cocktail veers from the above classics by featuring a touch of Southeast Asian influence by way of a zippy lemongrass syrup she makes with lemongrass stalks, sugar and water. The ingredients are shaken with ice and strained into a coupe before being topped with brut cava, a dry Spanish sparkling wine made in a similar fashion as Champagne. The bubbles bring festive effervescence and lend additional nuance to the drink’s flavor.

“This French 75 variation has depth, and the addition of lemongrass kicks up the refreshing factor,” says Britton. Take a sip of the South Mint 75, and you’re likely to agree. 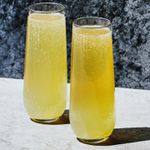 *Lemongrass syrup: Combine 1 cup sugar, 2 peeled lemongrass stalks (sliced) and 1 cup water in a small saucepan. Bring to a simmer and continue to simmer for 10 minutes or until the desired flavor is achieved. Remove from the heat, cool and strain out the solids. Store in the refrigerator for up to one week. 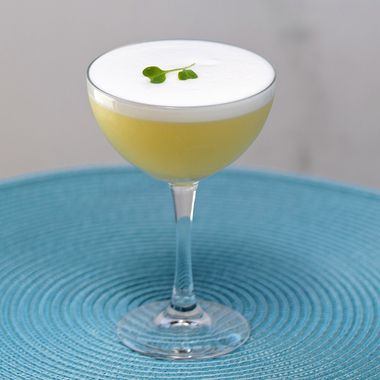