If looking for refreshment on New Providence Island, you may be tempted to reach for an ice-cold bottle of Kalik or a fruity Bahama Mama. Really, anything with rum seems like the wise course of action if visiting the Bahamas. However, those in the know opt for a drink with a base spirit that seems as out of place as a parka on the island’s beaches, where the average yearly high temperature is 84 degrees and the turquoise waters require zero Instagram filters. It’s not rum that’s poured into the Sky Juice, the Bahamas’ most ubiquitous cocktail—it’s gin.

Fifteen minutes outside Nassau, the capital of the Bahamas, brightly painted, thatched roof-covered food stands line the streets in the area of Arawak Cay. Known more commonly as Fish Fry, it’s where Bahamian food purveyors beckon vacationers to grab a stool and sample conch in all its iterations: cracked (battered, fried and served with tartar sauce), scorched (a simple ceviche with lime and onions), tropical salad (mixed with mango, pineapple and jalapeño) and fritters, those hush-puppy-like balls of fried deliciousness. It’s also the likely birthplace of Sky Juice.

It all started during Prohibition, when thrifty, thirsty Bahamians consumed the clear botanical spirit, more plentiful and cheaper at the time than rum. “Sky Juice, also known as Gully Wash among locals, dates back to the early 20th century [when] locals didn’t have easy access to canned juices or sodas to chase their liquor,” says Enrique Díaz Pérez, the hotel bartender at Meliá, a resort in Nassau. “So indigenous tropical fruit juices like that from coconuts became very popular to mix and make drinks with.”

To make Sky Juice, gin is mixed with coconut water and condensed milk, served over ice (in a plastic cup if you order it at Fish Fry) and garnished with freshly grated nutmeg. It’s creamy without being too thick, sweet without being cloying. And the gin adds a cool herbal note that’s so very different than what rums lend to creamy frozen concoctions. “You can get Sky Juice almost anywhere: bars, street vendors, the local fish fry and authentically Bahamian restaurants,” says Perez. “It’s loved by locals and tourists alike.”

Everything You Need to Know About Drinking in the Bahamas 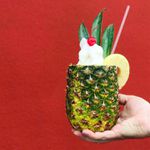 It might seem odd to sip a coconut- and milk-based beverage alongside marinated raw fish. But think of it as a deconstructed version of ota ika, the national dish of French Polynesia, which tosses lemon- or lime-marinated fish with coconut milk and diced cucumber, tomato, onion and pepper.

As for the name, just like with all booze history, when alcohol is involved, details tend to get fuzzy. Some believe Sky Juice is a reference to the tall trees you need to scale to obtain the milky water-filled coconuts, while others believe it’s because the drink’s color looks like white fluffy clouds. It was invented at Goldie’s Conch House, where they are purposefully leaving the origin open to interpretation.

“It’s what we locals call ‘tru tru’ Bahamian, an authentic taste of our culture and heritage,” says Julie Lightbourn, the chef at Sip Sip, with locations at Harbour Island and The Cove at Atlantis, Paradise Island. The drink is so famous in the Bahamas that when the Baha Men aren’t wondering “Who Let the Dogs Out?” they’re singing the praises of “Gin and Coconut Water.”

Not everyone knows how to make it right, though, says Lightbourn, who mixes both “leaded” and family-friendly “unleaded” versions at the resorts. She suggests reaching for a traditional London dry gin like Gilbey’s or Gordon’s and nutmeg pods rather than a sprinkle from a spice jar, because freshly grated makes all the difference. Most importantly, don’t be put off or fooled by this alternative to the frozen poolside sipper. “As with all Bahamian recipes, it’s reputed to put lead in your pencil.” 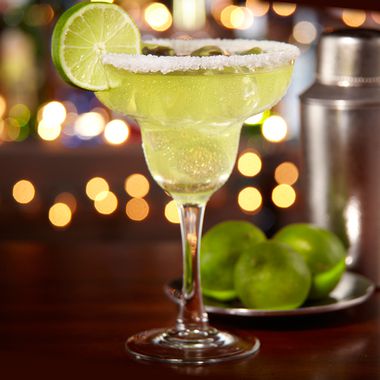 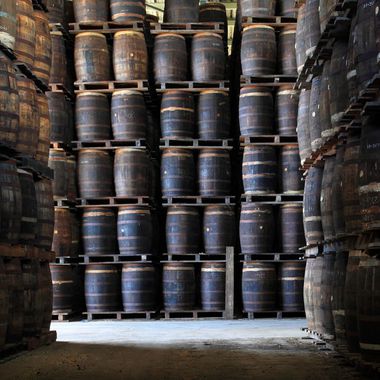