The Singapore Sling was created in the early 20th century at Long Bar in the Raffles hotel in Singapore. The original recipe is attributed to Raffles bartender Ngiam Tong Boon and is a variant on the Gin Sling, a type of single-serving punch.

The elaborate cocktail combines gin, Grand Marnier, cherry liqueur, herbal liqueur (often Bénédictine), pineapple, lime, bitters and club soda. The earliest published version of the recipe appeared in “The Savoy Cocktail Book,” a 1930 classic written by Harry Craddock. Subsequent recipes followed, and by 1948, David A. Embury states in his book “The Fine Art of Mixing Drinks” that no two published recipes for the Singapore Sling are the same.

When constructed with precise measurements, the Singapore Sling is tart, refreshing and delicious. But by the 1980s, the drink had been relegated to a sugary mixture of gin, bottled sweet-and-sour and grenadine. Some bars served a bright-red mixture from machines, while others quickly shook up the concoction for tourists. Even the famous Long Bar serves two versions: one derived from a premixed batch that tastes like fruit punch, and another that uses fresh juices and is shaken by hand. Cocktails are subjective, but the latter receives a nod from cocktail aficionados.

At its best, the Singapore Sling is nuanced, complex and ingredient-heavy. It’s also ripe for experimentation. As such, most incarnations of the “classic” cocktail are based on general notes and nostalgia. And many more modern versions result in an overly sweet drink that relies more on grenadine and pineapple juice than herbal liqueurs and fresh citrus. This recipe is as true to the classic as one can get; it’s fruit-forward, herbaceous and strong. Give it a whirl, and then feel free to create your own version. 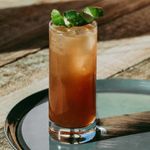 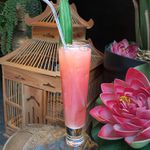 Singapura
16 ratings
Rate This Recipe
I don't like this at all. It's not the worst. Sure, this will do. I'm a fan—would recommend. Amazing! I love it! Thanks for your rating! 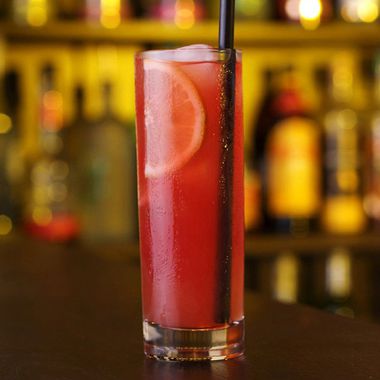