Beer-based cocktails aren’t yet the most popular category of drinks, only occasionally making their way on to bar and restaurant menus. However, they have seen something of a boom in popularity over the last decade, and beer drinks are an incredibly diverse category, from the classic, refreshing Shandy and its variations to hot mulled ales. The Shandy Maker leans towards the brighter and juicier side of the beer cocktail spectrum, relying on a hoppy, floral IPA and fresh herbs. But while it has beer and citrus juice, it pushes the definition of a Shandy with the addition of an overproof bourbon.

While plenty of drinks call for muddled fresh herbs, the vast majority of them call for fresh mint. This drink, however, looks at another part of the herb garden, opting for marjoram instead. These small, slightly fuzzy leaves are closely related to oregano, and have some similar characteristics. However, where oregano is a savory herb, marjoram has a brighter, sweeter smell and more citrus notes, which pairs well with the other ingredients.

For the 100-proof bourbon, the recipe calls for Old Forester. Rarely going above $30 a bottle but of good quality, the brand is an excellent choice for use in cocktails like the Shandy Maker—nevertheless, if you have another 100-proof bourbon in your home bar, feel free to swap it for that. Similarly, the drink calls for Deschutes Fresh Squeezed IPA, a widely available ale from the famous beer state of Oregon. With strong citrus and floral notes, it plays well with the marjoram and citrus juices, but again you can feel free to use something comparable, like a nice fresh-hopped IPA.

Since it is, technically, a Shandy, the drink also calls for fresh squeezed citrus juice—in this case it’s a mix of grapefruit and lemon juice. Since they’re both rather tart, it also gets simple syrup for balance. The result is a variety of summery flavors that blend together nicely, perfect for a hot afternoon on a patio or porch. 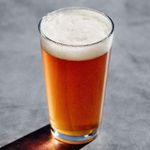 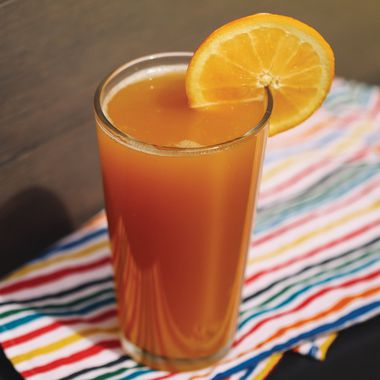