Teddy Roosevelt was no teetotaler, as he was known to enjoy the occasional Mint Julep on the White House lawn. But he wasn’t a hard-drinking president. The Rough Rider enjoyed more coffee than cocktails. And during his attempt to win the 1912 Republican nomination for president, he famously sued a newspaper for libel for insinuating that he was a heavy drinker. Still, bartenders and the media enjoyed associating his name with a handful of drinks over the years.

One cocktail, according to the Baltimore Sun, was served on Roosevelt’s arrival home after a 15-month expedition in British East Africa. The international drink contained Cuban rum, Italian vermouth, English gin, French absinthe and German kirschwasser and was served in a Venetian glass. Another Roosevelt-named cocktail included gin, Dubonnet, raspberry syrup and orange bitters. Whether the man himself actually consumed any of these drinks is less clear, but you certainly can.

The below Roosevelt cocktail comes from Simon Ford, the co-founder of Ford’s Gin. It swerves from the drinks above and calls for dark rum, dry vermouth, orange juice (fresh OJ will ensure a better-tasting drink) and sugar. Shake everything together, and try to channel the nation’s 26th president with each sip. 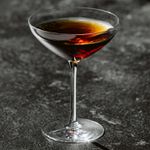 McKinley’s Delight
6 ratings
Rate This Recipe
I don't like this at all. It's not the worst. Sure, this will do. I'm a fan—would recommend. Amazing! I love it! Thanks for your rating! 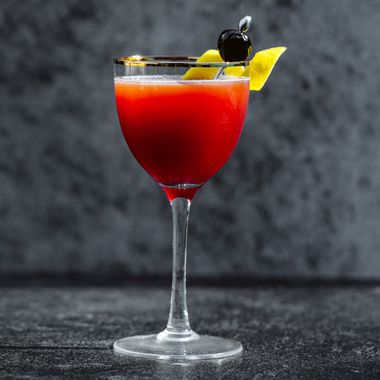