Alex Frane
Alex Frane is a freelance writer who has been writing about food, drinks and local culture since 2013, with a primary focus on spirits, cocktails, and bartending. He has interviewed dozens of bartenders from across the country, and visited some of the country’s top cocktail destinations.
Learn about Liquor.com's Editorial Process
47 ratings
Add a comment

If you appreciate a good Manhattan—a rye Manhattan specifically—then the Remember the Maine should likely find a home in your drinks repertoire. At first glance, the historic cocktail appears to be a direct adaptation of the famed whiskey drink. But it draws from two sources: both the Manhattan and the New Orleans classic the Sazerac, as the Remember the Maine also includes absinthe.

Remember the Maine comes from Charles H. Baker, Jr’s. “The Gentleman’s Companion” from 1939. “Treat this one with the respect it deserves, gentlemen,” the description reads. It also describes the bombs reportedly going off around Baker as a prelude to the Cuban uprising of 1933, which was happening as he first sampled the cocktail in Havana. The cocktail’s name, however, refers to the sinking of the United States’ battleship of the same name which was sunk many years earlier in Havana Harbor, which helped lead to the Spanish-American War. The rallying call of “Remember the Maine, to Hell with Spain!” was a common refrain at the time.

Despite its somewhat confusing history combining the Spanish-American War and the Cuban Revolution of 1933, the drink became a classic because of its rich, bold and herbaceous qualities. Like a Sazerac, it starts with an absinthe-rinsed glass, though a stemmed one rather than a rocks glass. From there, it resembles a Manhattan or a Red Hook, combining rye whiskey, sweet vermouth and cherry liqueur. The Remember the Maine specifically calls for Heering cherry liqueur, a sweeter, redder cherry liqueur that’s been around more than a century. You could, instead, use a cherry brandy as the recipe originally called for in “The Gentleman’s Companion,” but these days most versions of the drink call for Heering.

If you want to be even more accurate to Baker’s original recipe, be sure to stir the drink in a clockwise fashion as you make it—according to its author, that makes it “sea-worthy,” like its namesake. 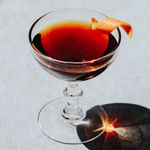 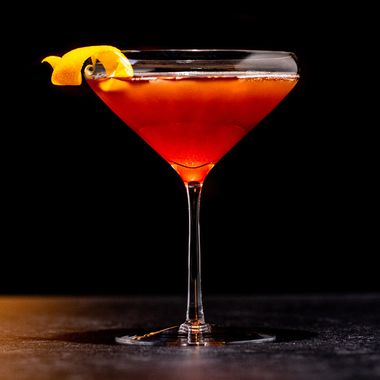 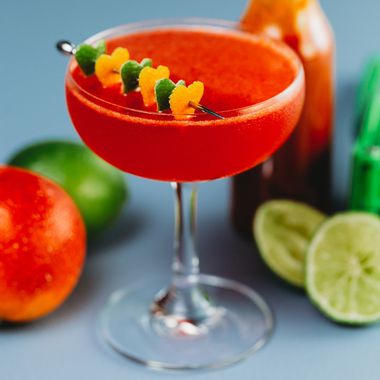