When it comes to holiday drinks, it’s hard to think of one more iconic than Eggnog. Though the drink spent decades being relegated to store-bought mixtures, the so-called Cocktail Renaissance of the 2000s revitalized it and introduced people to the original from-scratch recipes. And while some Eggnog recipes lead to individual servings, large scale, punch-like formats of Eggnog are another popular way to enjoy the classic.

Though people largely imbibe Eggnog in the winter months around the holidays, there’s no reason you can’t have it other times of year. While it might be a bit rich and milky for warmer days (for some reason, the idea of drinking Eggnog in the sun has little appeal), the fall is a perfect fit for it. The Pumpkin Nog comes from legendary bartender Tony Abou-Ganim, AKA The Modern Mixologist. In it, he uses fall’s most iconic squash to give the drink an autumnal touch.

Not All Eggnogs Are Created Equal: 3 Recipes to Keep Close This Holiday Season 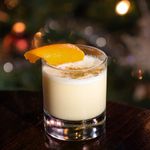 The Pumpkin Nog hews closely to a traditional Eggnog recipe, save for the addition of pumpkin puree. Those who want to go all the way can always roast and puree their own pumpkin, but there’s nothing wrong with using the stuff from the can—it’s considerably less time consuming and generally more cost-effective.

For the all-important alcohol aspect of the drink, Abou-Ganim uses 10 cane rum. However, given Eggnog’s versatility you can substitute another dark spirit. Something like brandy or bourbon would pair well with pumpkin, while using an aged tequila, like a resposado or añejo, would give the drink additional depth and earthiness.

Because of its large scale format and the fact that it needs time to chill, it’s best to prepare the drink earlier in the day, before guests arrive. You can even make it the night before, though you won’t want to have it sitting any longer than that. It’s perfect for Thanksgiving revelries and for Halloween parties, and may replace the standard recipe as your favorite Eggnog. 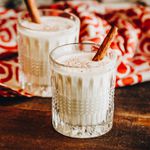 Eggnog
107 ratings
Rate This Recipe
I don't like this at all. It's not the worst. Sure, this will do. I'm a fan—would recommend. Amazing! I love it! Thanks for your rating! 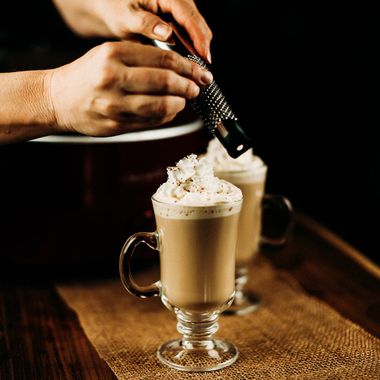