Planter’s Punch is a simple mixture of rum, citrus, sugar and spice. This classic drink has been quenching thirsts since the late-1800s, but its origins are murky. Though hotels in Charleston and St. Louis are associated with the cocktail, it’s more likely that it originated in Jamaica.

Several accounts credit the Planter’s Punch to Myers’s Rum. The Jamaican rum brand sold a Planter’s Punch Rum to be used specifically in the cocktail, and this product helped to popularize the recipe among drinkers. The cocktail was fashionable in the United States through the 1960s, until the Tiki craze began to subside. The cocktail lost its luster over the years, but it was revived during the Tiki renaissance of the 2000s and resurfaced in cocktail books, like Ted Haigh’s influential 2009 tome, “Vintage Spirits and Forgotten Cocktails.”

Recipes vary for the Planter’s Punch. An old sing-song template calls for “one of sour, two of sweet, three of strong, four of weak,” with the latter coming from water or ice, but modern recipes adjust these ratios or change the formula entirely. There isn’t one right way to make it, so feel free to give the drink your personal spin.

This recipe sticks with three parts strong (the rum), while employing nearly equal measures of sugar and citrus for the sweet and sour components. It also receives a dose of spice and complexity from the Angostura bitters, with a dash of soda water for dilution and effervescence. Combine the ingredients with plenty of ice for a tall, refreshing cocktail that channels Jamaica’s warm climate and sandy beaches. 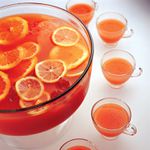 Rainbow Planter’s Punch
5 ratings
Rate This Recipe
I don't like this at all. It's not the worst. Sure, this will do. I'm a fan—would recommend. Amazing! I love it! Thanks for your rating! 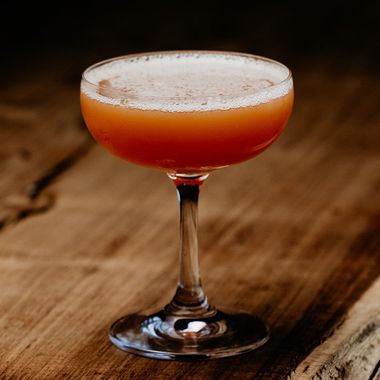