Overly sweet drinks with silly names—that’s pretty much the reputation peach schnapps has garnered since it was first used during the dark ages of the cocktail. (In the 1988 flair bartending film “Cocktail,” Tom Cruise’s character pays a now-cringeworthy poetic homage: “The Sex on the Beach, the schnapps made of peach.”) If your tastes have evolved beyond the treacly flavor of a Fuzzy Navel but you still have the remnants of a bottle, pry open the cap glued shut from sugar and try the liqueur in modern bartending.

A big misconception is that peach schnapps needs to always be used in sweet sips or to introduce newbies to the cocktail category. That doesn’t have to be so, as Jason Shullo, the beverage director for Golden Entertainment, which operates casinos and resorts in Nevada and Maryland, explains. “You can overcome this stigma by using small amounts of it in craft cocktails to balance smoky flavors and enhance the peach taste,” he says. “Peach goes well with orange, ginger and vanilla to complement these flavors and bring out the fruitiness.”

According to Shullo, peach schnapps works well in bourbon-based drinks like Smashes, Cobblers or Julep. In his nuanced version of an Old Fashioned, the bourbon accentuates the liqueur’s peach notes and bitters temper its sweetness. Shullo uses Woodford Reserve in his recipe, a high quality, well-regarded small-batch bourbon from Kentucky. With two and a half ounces in the drink, it creates a bold, assertive Old Fashioned, with the peach schnapps acting as an enhancement more than a center stage player. Given its sweetness, the schnapps also stands in for the usual simple syrup.

To further enhance the fruit, this Old Fashioned gets the Wisconsin treatment: muddled orange and cherry in the glass, like all Old Fashioneds did in the 1980s and ’90s. But it’s important to use a top-tier cherry like a Luxardo maraschino cherry rather than one of those electric red artificial cherries that top a Shirley Temple. There’s no point in using almost three ounces of high-end bourbon only to grind up a bunch of corn syrup and red food dye into it. 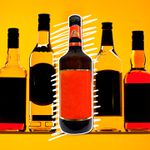 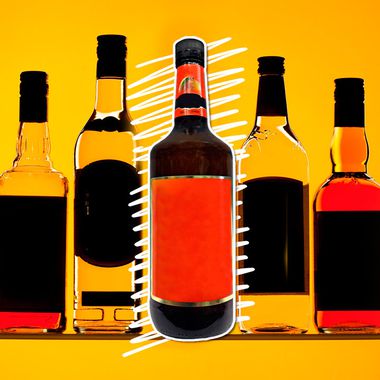