This cocktail by Alex Day and Devon Tarby of the Normandie Club in Los Angeles employs bourbon simmered sous vide for two hours along with toasted coconut flakes. The result is a much quicker and intense infusion than you’d get by simply adding a handful of flakes to the bottle and shaking it periodically for a few days.

Both delicious and emblematic of its the like-named region in France, the Death & Co duo’s Old Fashioned variation pays homage to the apple capital of Europe, while making a compelling case for a flavor combination you might not have thought of otherwise. Apple brandy—whether imported from northern France or from elsewhere in the world—takes on a new, tropical identity when paired with homemade toasted coconut-infused bourbon. Infusing the coconut into the whiskey is key in that it brings substantial body and richness to the drink, adding to this spirit-forward cocktail’s overall complexity.

The beauty of this recipe, which Day and Tarby co-created in 2015, is its ability to demonstrate how coconut can take center stage outside of the Tiki scene, which is perhaps why the Normandie Old Fashioned become one of the most popular drink orders at its namesake birthplace.

How to Make Sous Vide Cocktails 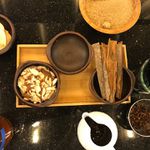 *Coconut-infused bourbon: Toast 3 1/2 tablespoons coconut flakes over medium heat for 5 minutes or until slightly golden. Combine the flakes with a 750-mL bottle of bourbon and place in a hot water bath at 145°F for 2 hours. Remove from hot water bath, and place in an ice bath until cooled. Strain into a quart container and freeze for 24 hours, remove all solids, and rebottle.