The Mai Tai is one of the all-time cocktail greats. Historically the flagship drink of Tiki bartending and an overall excellent use for rum, the drink spent a few years being abused with sugary syrups and fruit juices. These days, most bars bothering to put one on their menu hew much closer to the original blend of rums, lime juice, orgeat and orange liqueur, and the Mai Tai has been generally restored to its proper place in the cocktail oeuvre. And its versatility remains one of its most charming aspects, with bartenders riffing on the drink in numerous ways.

One such variation is the My Thai from bartending icon and author Jim Meehan, the co-founder of the legendary speakeasy Please Don’t Tell in New York City and Hong Kong, and founder of Portland, Oregon’s izakaya Takibi. While Mai Tai recipes are often flexible on the rum used, the My Thai is particular when it calls for Banks 5-Island Blend rum, a blend of more than 20 different rums from Trinidad, Jamaica, Guyana, Barbados and Java in Indonesia. “The addition of Indonesian arrack to a blend of West Indies rums is what made Banks 5 unique when it launched back in 2010,” says Meehan. “This recipe—created around that time—reimagined Trader Vic looking to Thailand instead of Tahiti as part of the inspiration behind his most famous cocktail.”

To enhance the Thai elements of the drink, the My Thai gets added heat from a Thai chile pepper muddled with Grand Marnier. And rather than orgeat, the almond and rose water syrup normally used in Mai Tais, it employs coconut milk, which helps to mellow some of the pepper’s burn. Because coconut milk is far less sweet than orgeat—and because Meehan doesn’t use simple syrup in the recipe—this frees the drink up for some additional sugar in the form of fresh pineapple juice. The result is a Mai Tai with Thai flavors, perfect for dinner parties and patio drinking. 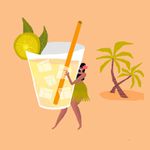 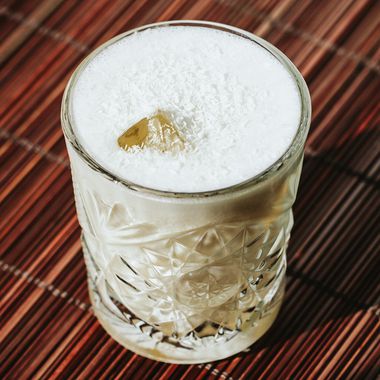