What’s the blueprint for one of the most successful cocktail formulas ever? According to bartender Chris McMillian, the answer starts with the Brandy Crusta, which mixes brandy with lemon, curaçao, maraschino liqueur and Angostura bitters. Switch to cognac for a Sidecar or gin for a White Lady. Juice limes and add a healthy pour of tequila for the perfect Margarita, or shake it with vodka, cranberry and lime for a pink-hued Cosmopolitan—being perhaps the single most successful cocktail of the modern era.

“That’s the beauty of these drinks, which are ‘Mr. Potato Head bartending,’” says McMillian, the owner of Revel Cafe & Bar in New Orleans. “As long as you’re only changing one element, it still works. Not every combo will be brilliant, but your drink won’t suck, and every now and again, you get lucky.” Their common element is orange liqueur as a modifying sweetening agent.

So just what would the next iteration look like? At first, McMillian, who is also the founder of The Museum of the American Cocktail, half-jokingly said it should be made with amaro as the base. He then realized it made perfect sense in the current cocktail climate.

“The embrace of the bitter is about 10 years old,” says McMillian. “This element of flavor is now mainstream as opposed to experimental.” He had initially been resistant to amaro drinks and was late to the party in adopting them. But when he read that renowned bartender Audrey Saunders and cocktail expert Robert Hess substituted Branca Menta for crème de menthe in the Grasshopper, it gave him permission to flout the rules.

McMillian started his modern sour with Averna but found it just wasn’t quite bitter enough. Adding a splash of Cynar, the Italian liqueur made with artichoke and 12 other herbs and plants, was the intense solution. Cointreau lends the signature orange flavor, and lime juice keeps it tart. He serves it in a Collins glass over ice with a splash of soda, garnished with half an orange wheel for color and flavor. The drink is called the Jeez Louise, that less blasphemous exclamation of exasperation.

It’s a classic libation that reintroduces itself in every era depending on what base spirit is on trend. McMillian likens it to a conversation he had with his teenage son, who told him excitedly that he had just heard “the greatest song by Sublime called ‘Summertime.’” McMillian reminded him that it was even better the first time around when Cole Porter performed it.

“These drinks transcend generations; every generation exposed to them finds them compelling,” says McMillian. “Dinah Washington to Diana Krall, each generation interprets [these drinks] through the filter of what’s fashionable and popular. It’s a nifty little drink.” 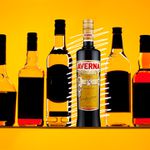