When the weather turns cold, it’s natural to crave hot cocktails, like the Irish Coffee, Hot Toddy and Hot Buttered Rum. They warm the body quickly and taste far better than a sweater.

“There’s something so comforting about a good ol’ Hot Buttered Rum—the spices, the rich mouthfeel and a good barrel-aged rum,” says Portland, Oregon bartender Bryan Galligos. The classic version is made with rum, boiling water and a batter composed of butter, sugar and spices. Galligos follows the general template with his version, dubbed the Hot Buttered Fun, but takes a couple liberties that add extra flavor and depth to the cocktail.

He starts with Plantation five-year-old rum, which hails from Barbados and is aged first in American oak barrels before moving into French oak. Lemon juice adds balance, while the sweetener is a DIY syrup made from apple tea and demerara sugar. But the pièce de résistance? A pat of butter studded with cinnamon, nutmeg, clove, ginger, star anise, cardamom, cayenne pepper, salt, pepper and brown sugar. It’s floated on the hot surface, so the spices melt into the liquid and the flavor develops as you drink. 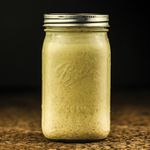 *Spiced apple demerara syrup: Combine brewed spiced apple tea (your choice of tea bag) and demerara sugar in a 1:2 ratio in a saucepan. Bring to a simmer on the stove until sugar dissolves, then remove from heat. Store syrup in the refrigerator for up to 2 weeks. 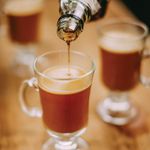 Hot Butter(nut) Rum
2 ratings
Rate This Recipe
I don't like this at all. It's not the worst. Sure, this will do. I'm a fan—would recommend. Amazing! I love it! Thanks for your rating! 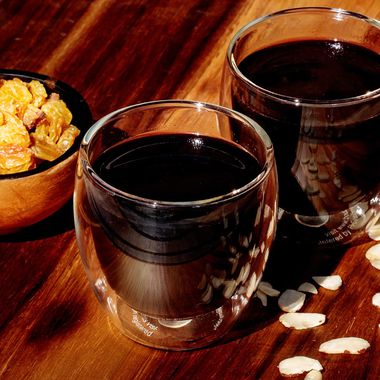 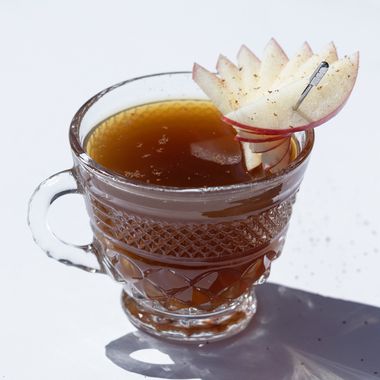