Midori—the electric green melon-flavored liqueur from Japan—is an oft-maligned product, though one that in recent years has started to see something of a revival in cocktail bars. This is thanks in part to its recipe being changed in 2012 to omit some of the sugars and include more natural flavors. Will Lee, the beverage director of Grey Ghost and Second Best in Detroit, is a big fan of pairing Midori with clear and grassy spirits like herbaceous gins and blanco tequilas. He’s also a fan of mixing it with salty ingredients. “I always like to pair bright melon flavors with savory and salinic notes—ingredients such as sesame seed, sesame oil, salts and different spice blends,” says Lee. As for the green liqueur’s propensity for sweetness, he says, “As long as you’re able to balance those flavors, it can be a great complementary component to use in any cocktail.”

These elements come together in the Horn of the Bulls. This blanco tequila drink relies mostly on Midori for sweetness, along with pineapple juice that also adds some necessary acidity and an easy-to-make cucumber simple syrup, which adds crisp, vegetal notes. Together with the earthy, spicy-sweet notes of tequila, these vivid and intense flavors are balanced and smoothed out with the addition of egg white and heavy cream. When topped with club soda, it becomes a tequila and Midori-infused take on a Ramos Gin Fizz, meaning it works perfectly well as a breakfast drink.

While the cucumber simple syrup is a lovely fit in the Horn of the Bulls, it also pairs well with gin and tequila to add some extra summery notes to Gimlets and Margaritas. 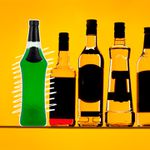 *Cucumber syrup: Add 1/2 cup sugar and 1/2 cup water into a small saucepan and cook on medium heat until sugar is dissolved. Remove mixture from heat, let cool slightly, then add 6 peeled slices of cucumber (1/2-inch-thick each). Allow to steep for 10 minutes, remove solids and store the syrup in the refrigerator for up to a week. 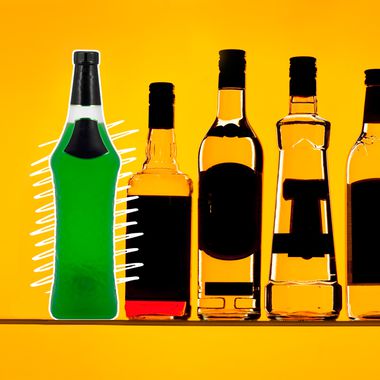