Rye, bourbon and, to a lesser extent, scotch are the whiskeys that regularly see usage in all manner of cocktail. However, their brethren across the sea don’t tend to get as much love, as only a few cocktails call for Irish whiskey. Still, Irish whiskey cocktails have seen a general rise in popularity in the past decade, and the Hearn is one such example.

It makes sense that a bartender like Jack McGarry would create a cocktail like the Hearn. Co-founder of the celebrated Dead Rabbit in New York City, McGarry is well-versed in making Irish whiskey cocktails, as the bar is dedicated to the single malts and blended whiskeys of the Emerald Isle. The Hearn is a variation on arguably the most famous Irish whiskey cocktail, the Tipperary, which sees Irish whiskey, sweet vermouth and Green Chartreuse—a deeply botanical spirit made by Carthusian monks with a secret recipe—as well as Angostura bitters combined for a bracing, botanical and rich cocktail.

The Hearn has a few differences from its predecessor. For one, McGarry has tweaked the proportions, increasing the amount of sweet vermouth normally called for. He also amplifies the botanical aspect of the cocktail by adding a few dashes of absinthe and substituting Angostura bitters for orange bitters and the Dead Rabbit’s own Orinoco Bitters. With flavors including cardamom, cassia and chamomile, these bitters add warmth and depth to the drink. Unlike most bitters made for bars that never see consumer access, you can get your hands on the ones made for Dead Rabbit by Doctor Adams from the House of Botanicals in Aberdeen, Scotland. However, if all you have on hand is Angostura bitters those can still work. Just be sure to taste for bitterness levels before adding all four dashes, as it can get overwhelming.

For the base spirit, McGarry uses Knappogue Castle 12 Year, a single malt Irish whiskey. While it makes for a stunning drink, the whiskey can be pricey in certain markets; other Irish single malts work well in its place, and Dead Rabbit even has its own Irish whiskey that would work quite well. The Dead Rabbit Irish Whiskey is a blend of single malts and grain whiskey, and it unsurprisingly makes for a fine inclusion in the Hearn. 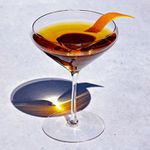 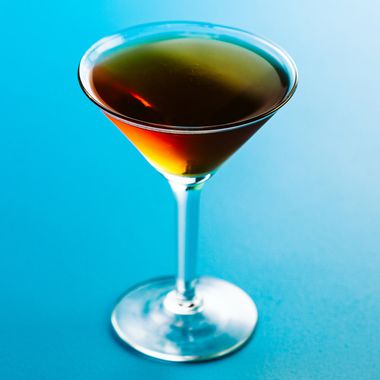 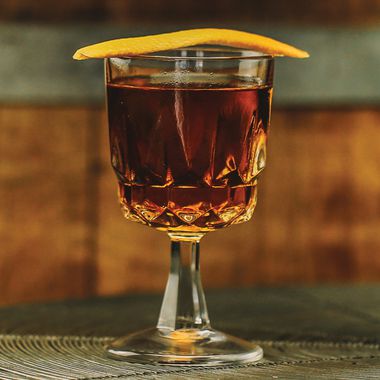