An ice-cold beer is nearly unsurpassed for its ability to refresh on a hot day, but only nearly. Add something like lemonade, ginger beer, or even a spirit, and it becomes a Shandy, a delightful, deeply refreshing concoction that’s popular throughout Europe. And while the most common recipe is a mix of lemonade and beer, the Ginger Shandy is one of the oldest versions. Simple to make and easy to drink, it’s a classic for a reason.

It’s possible that the mixture of ginger beer (or ginger ale) and whatever beer the local public house was pouring was the first iteration of a Shandy, though mixing beer with other ingredients is as old as beer is itself. The combination grew in popularity during the mid-19th Century in England, when it was referred to as a “Shandygaff.” The origin of the name is unclear, and has led to continued speculation. What is clear, however, was the drink’s popularity, as it spread throughout the United Kingdom and beyond. Reportedly, the legendary author Charles Dickens was a great fan and declared that it would be absurd to drink anything else in summer. “In such a thermometrical state, no honest man drinks anything but shandy-graff,” he once wrote in a periodical.

Eventually, the popularity of lemonade and beer overtook that of ginger ale and beer, while in Germany the Radler—which uses sparkling lemonade or a lemon soda—rules supreme. But the original combination of slightly sweet, slightly spicy ginger brews with a crisp, bright beer is a beloved drink, and deserving of the Shandy mantle. 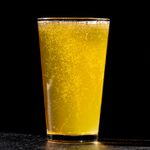 The Radler Is a German Classic
19 ratings

Though some recipes insist on a wheat beer—which will amplify the juiciness of the drink—generally you’ll want to use a lager in order to achieve that crispness. Even cheaper, domestic canned lagers can be delicious in the drink, their more banal qualities converted to being purely “refreshing.” The choice of ginger drink also affects the final product. Use a ginger beer if you want something a little more cloudy, peppery and less carbonated. A ginger ale, on the other hand, will lead to something a little sweeter and more bubbly. The best way to figure out your perfect Ginger Shandy recipe is to mess around with different combinations of ginger sodas and lagers until you find the one that most hits the spot.

Regardless of how you end up making it, the resulting drink is pure summertime in a glass, the perfect beverage to enjoy after a hike, a bike ride or just a long summer day doing nothing. 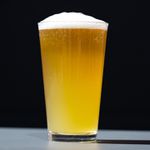 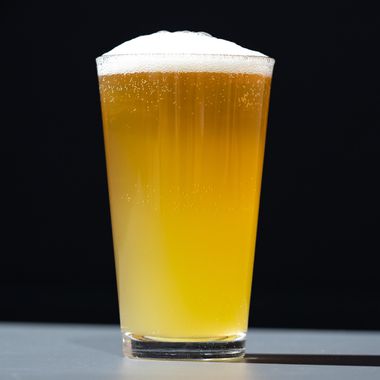