Bourbon, America’s favorite whiskey, is beloved for its bold and rich flavors, including vanilla, caramel, cinnamon and other baking spices. With the Ginger Rabbit, those background notes take center stage as Basil Hayden’s bourbon is mixed with a black tea and star anise-infused simple syrup and fresh ginger. These heady aromatics are then balanced with the inclusion of Creme Yvette, a violet and fruit-based liqueur.

The recipe for the Ginger Rabbit comes from bartender Damian Windsor. With a black tea and star anise-infused simple syrup, the drink starts a bit like a boozy take on a spiced and iced Chai, especially with the freshly muddled ginger bringing its telltale spice to the drink. After sealing, the syrup lasts for around a month in the fridge, so there should be plenty of opportunity to try it in other drinks (or to just make a plethora of Ginger Rabbits).

Windsor uses Basil Hayden’s as his bourbon of choice in the drink. Part of the Jim Beam line of small batch bourbons, the whiskey is renowned for its assertive rye spice and its boldness, despite its lighter body and its relatively low alcohol level of 80-proof. Those who want their drink to be a bit stronger can substitute in another high-rye bourbon like Redemption or Old Grand Dad.

While the drink is a spicy-sweet concoction already, a bit of Creme Yvette helps round off some of the harsher, more intense edges. The violet and berry-based liqueur once disappeared entirely from shelves in the late 60s, only to be brought back in the mid-2000s by Charles Jacquin et Cie, the company that had produced it decades earlier. There are other labels crafting their own takes on the sapphire-hued violet spirit, including Rothman & Winter’s which was one of the first Creme de Violettes on the American market in the early 2000s. Unlike Creme Yvette, though, it doesn’t have the berry aspect, and has even more floral characteristics. 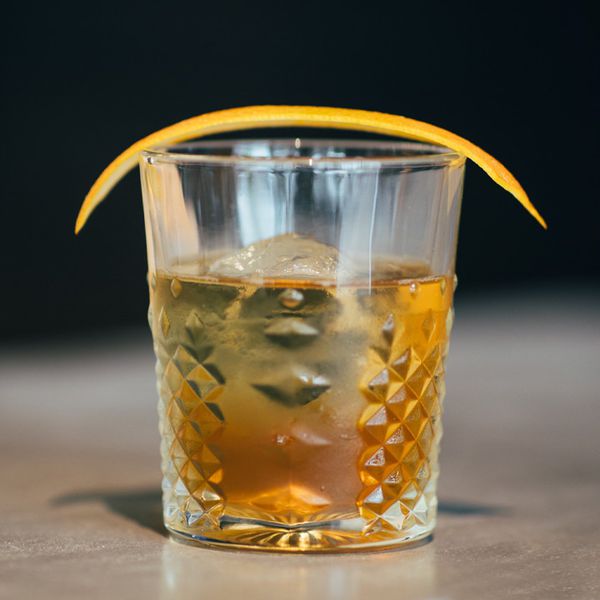 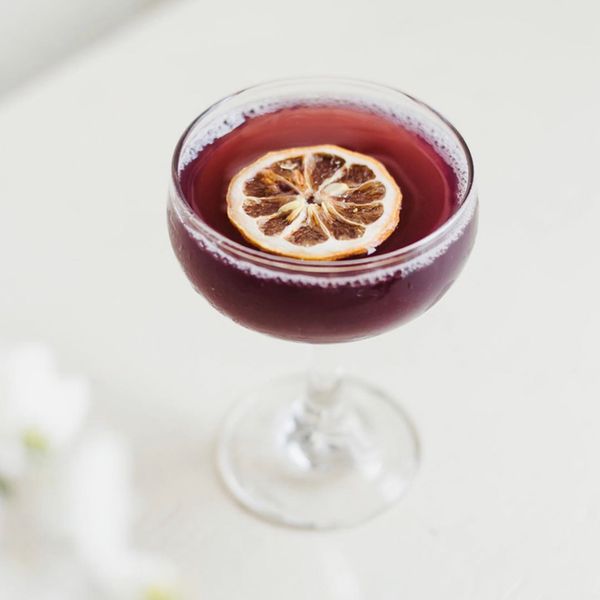 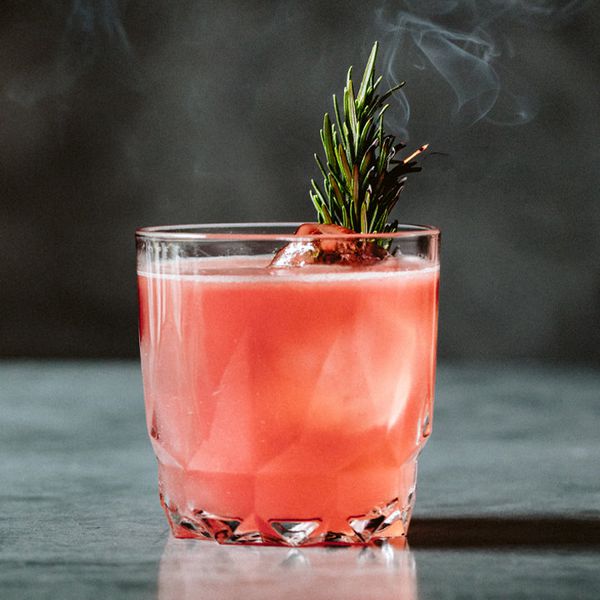 Smoke on the Water
5 mins 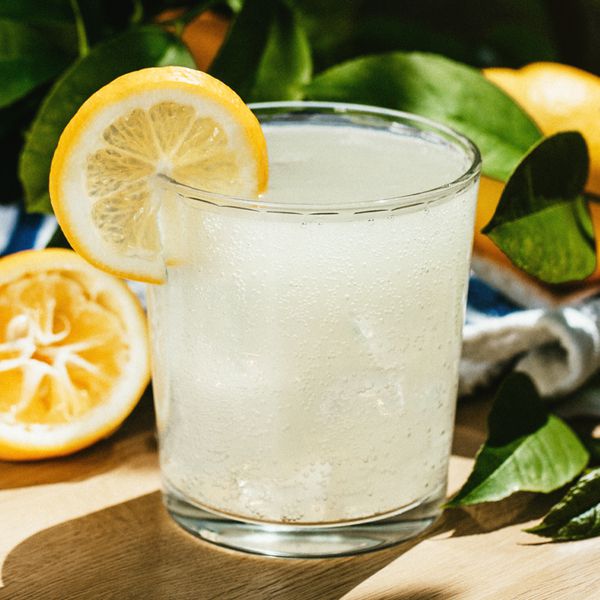 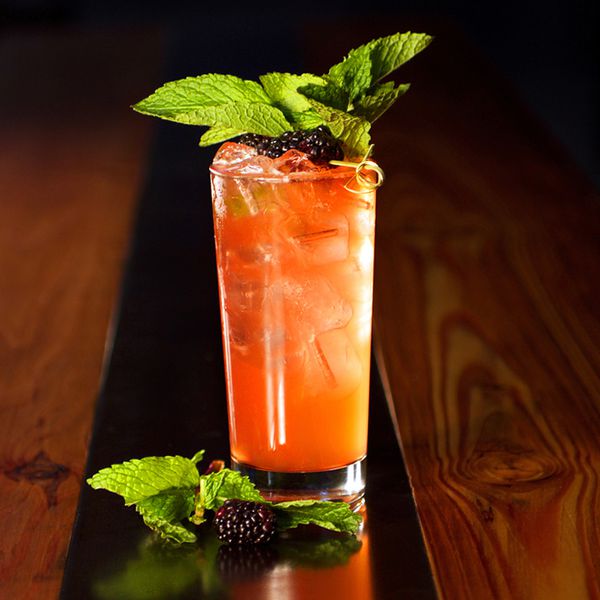 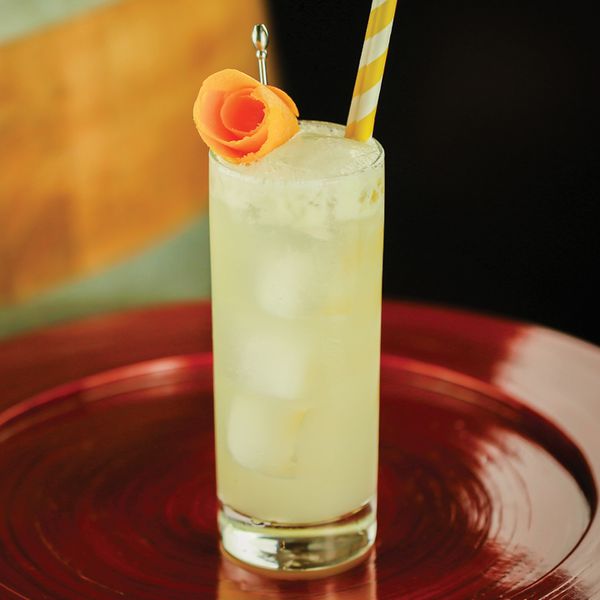 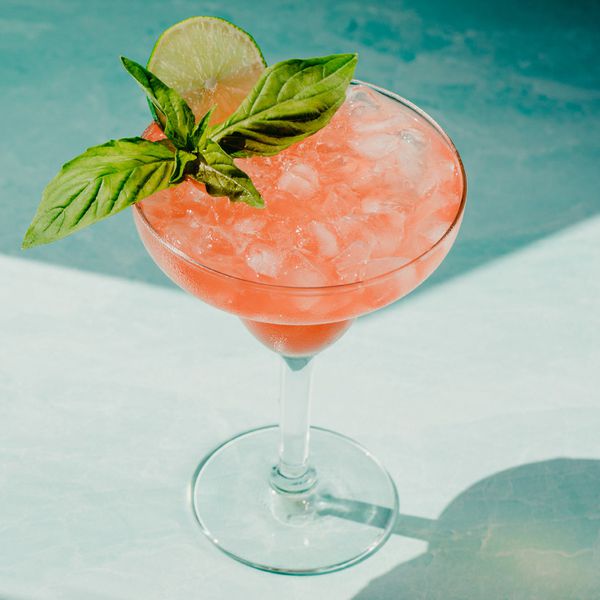