The El Presidente cocktail hails from Cuba and was created in the early 1900s. It was likely named for President Mario García Menocal, who ran the country from 1913 to 1921.

During that time, Cuba was a popular vacation spot for U.S. citizens, and that popularity only grew after Prohibition was enacted, when thirsty yankees flocked to Havana for good weather and also good cocktails. Among those cocktails: the Mojito and Daiquiri, which are two of the island nation’s most famous contributions to drinking. But don’t overlook the El Presidente, a classic in its own right that is made with white rum, orange curaçao, French dry vermouth and grenadine.

After the 13-year dry spell of Prohibition, American drinkers brought the El Presidente back home, but like many classics, it all but died out during the middle of the century. It was eventually revived in the aughts by curious bartenders, historians and authors who regularly looked to the past for liquid inspiration.

This recipe comes from acclaimed bartender and spirits pro Simon Ford. It yields a tasty, well-balanced cocktail, but the El Presidente has changed through the years, with many bartenders and drinkers tweaking the formula. If you want more body, try a more richly flavored white rum or a lightly aged rum. If you want to lighten the vermouth, try a blanc style, which is semi-dry, slightly sweet and arguably the style of vermouth used in the original. And if you find the cocktail too orange-heavy, dial down the curaçao. You’ve got options, so tinker around until you make your own perfect El Presidente. 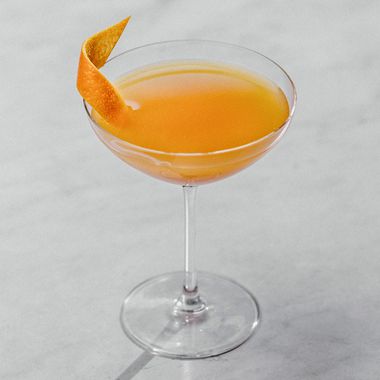