The Negroni is an Italian classic and the wonder child of modern cocktail bartending, in large part because of its endless opportunity for variations and riffs. In fact, some consider the Negroni to be, essentially, a family of cocktails: a base spirit, an amaro or other bitter liqueur and a vermouth, each in equal (or close to equal) parts.

Some variations are established enough to have their own name, like the rye or bourbon-based Boulevardier or the Negroni Sbagliato, made with prosecco rather than gin. And although the liquor swap in a scotch Negroni is a simple one, it’s very much its own drink and has a dedicated fan base amongst bartenders. “To a degree, all Negronis are chasing the same flavor profile: strong, balanced, bitter, with a sweetness from the vermouth. But each one is a specialty in its own right,” says Shawn Soole, a bartender and consultant based in Victoria, B.C. His take on the scotch Negroni is the Drunk Uncle, and it relies on whisky from Islay, that famed island off the southwestern coast of Scotland renowned for its peat-forward whiskies.

Unlike the Boulevardier or the popular Mezcal Negroni, Soole’s Drunk Uncle doesn’t use the Negroni’s signature bitter liqueur, Campari. Nor does it call for the usual sweet vermouth. Instead, Soole uses Cynar, a bittersweet, artichoke-based amaro, and bianco vermouth from Martini & Rossi. “Every cocktail depends on the brands you use. A light, balanced, smoky Islay whisky works well with Cynar amaro and bianco vermouth but doesn’t play well with Aperol or Campari,” says Soole. “Something will be off-balance.” In balancing the drink, he also uses a two-to-one-to-one ratio, rather than the usual equal parts that a Negroni calls for.

The final twist is that of grapefruit, rather than orange. The end result is rich, smoky and bitter, and manages to have its own identity while unmistakably being a Negroni. 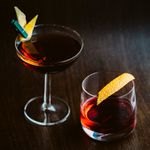 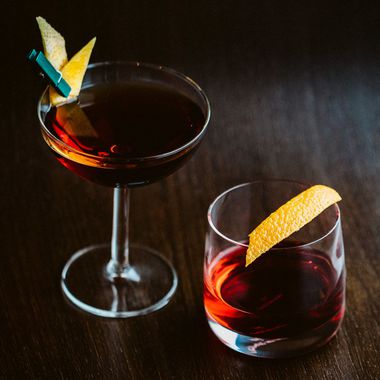