Spirits like gin and whiskey have the starring role in so many classic drinks, with vermouth playing an important but supporting part, like in the Martini and Manhattan. The Chrysanthemum, however, flips the script and gives dry vermouth the lead with Benedictine and absinthe taking a backseat.

This century-old classic was included in Harry Craddock’s famous tome, “The Savoy Cocktail Book,” which helped to popularize it among bartenders and consumers when the book was published in 1930. But the Chrysanthemum is believed to have first appeared in “Recipes for Mixed Drinks” by Hugo R. Ensslin, which hit the market in 1916.

Craddock’s recipe calls for dry vermouth and Benedictine in a two-to-one ratio—the formula still preferred today—while Ensslin’s recipe suggested equal parts. Benedictine is a French liqueur made from a secret blend of 27 herbs and spices, including saffron, cinnamon and juniper, and has a sweet, herbal profile. Try both recipes to see which you prefer, but know that Benedictine’s flavor can take over a cocktail in a hurry, hence the preferred recipe doubling the vermouth.

With vermouth in the driver’s seat, the Chrysanthemum is light and elegant, with a touch of absinthe to sharpen the edges. And because its base is low-proof, it’s a good aperitif and a solid option any time you want to dial back the booze.

Benedictine: What It Is and How to Use It. 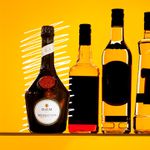 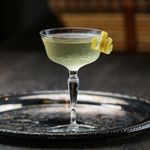 Coronation Cocktail No. 1
2 ratings
Rate This Recipe
I don't like this at all. It's not the worst. Sure, this will do. I'm a fan—would recommend. Amazing! I love it! Thanks for your rating!