When it was open, New York City’s chic steakhouse Saxon + Parole would play with plenty of fresh produce on its cocktail menu, so much so that guests would often request a drink by its primary fruit or vegetable. Depending on the season, diners would often ask for “that watermelon thing” or “that pumpkin thing.” Wanting to stay one step ahead of of this habit, lead bartenders Maxime Belfand and Masa Urushido named their heirloom-carrot-packed winter drink accordingly. The Carrot Thing is a uniquely vegetal drink, getting much of its sweetness from heirloom carrot juice and its smokiness from a split-spirit base.

Split-base cocktails are uncommon but not unheard of, and scotch and mezcal are a natural pairing for those wanting serious smoke in their drinking glass. For the mezcal, Belfand and Urushido would use Del Maguey’s Vida, a ubiquitous label that’s popular among bartenders. Nevertheless, the precise brand isn’t integral to the drink, and another espadin mezcal can stand in its place. More specific is the scotch, which is Great King Street Glasgow Blend from Compass Box. Pale, complex and smoky, it’s an elegant spirit more commonly used for sipping than mixing, but it plays well in the Carrot Thing. It’s also not available in every market, and with the amount of other ingredients in the drink, it’s acceptable to use a different smoky blended scotch of light body.

The heirloom carrot juice gives the drink its name, and bartenders at Saxon + Parole would make the juice with a blend of purple, orange and yellow heirloom carrots. If you can find those at a local farmers market or grocery store, you can juice them for a fully accurate recreation. If you cannot, using a high quality store-bought brand carrot juice is significantly easier.

Licor 43—a slightly fruity Spanish liqueur with notes of vanilla and other botanicals—adds depth and sweetness, which is bolstered by agave syrup and balanced with lemon juice. The resulting drink is smoky but refreshing, vegetal but sweet, and certainly unique. 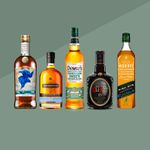 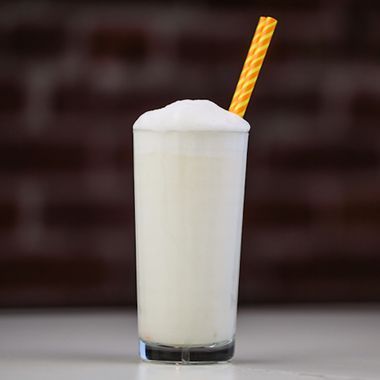 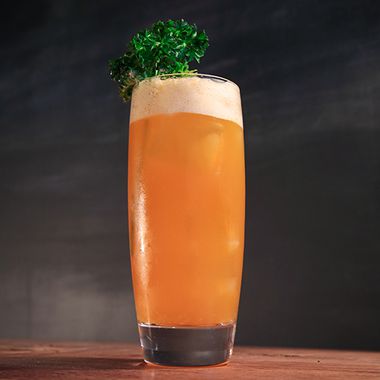 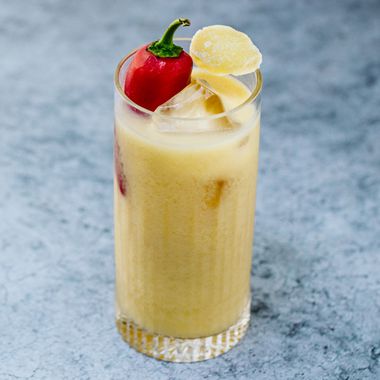 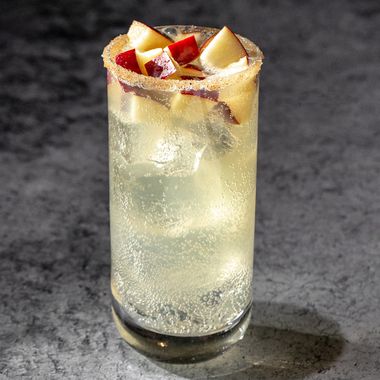 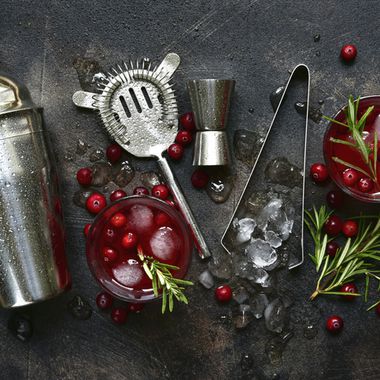 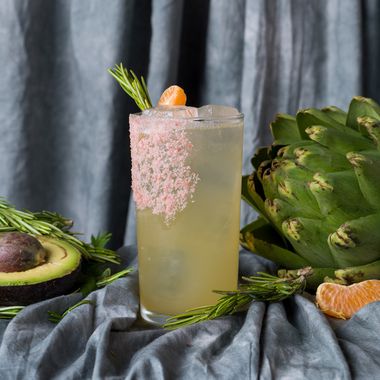 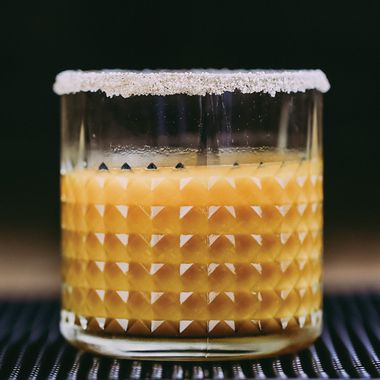 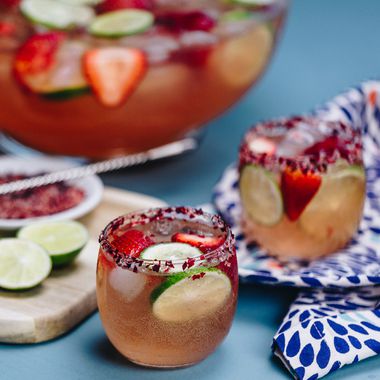