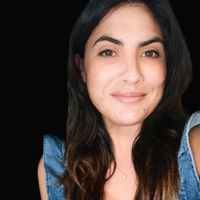 Allison Ramirez
Allison Ramirez is a bilingual writer with more than 10 years of experience covering food, drinks, travel and lifestyle. She is based in Miami.
Learn about Liquor.com's Editorial Process
93 ratings
Add a comment

I asked my grandmother about Canchánchara one day, and she laughed. “Canchánchara? No se.”

Canchánchara is said to be the oldest known cocktail in Cuba, dating back to (or before) the Ten Years War in the late 19th century when Cuban guerrillas, known as mambises, began the fight against Spain for independence. It was meant to be a healing drink, equal parts practicality and magic, and most likely served warm, with ingredients from the field that were easily accessible, like sugar cane, lime and honey—a Daiquiri of sorts. It was used to cure the common cold.

My grandmother was pretty sheltered growing up. She left Cuba as a young wife and mom in the 1960s and never looked back. In times of illness, the answer to everything for her was (and still is) Vicks VapoRub, an American topical solution with menthol and eucalyptus. No wonder she’d never heard of Canchánchara. Most Cubans I’ve mentioned it to have had a similar skeptical response.

I was introduced to Canchánchara by Natalie Beltran and Andrew Tyree, a cool L.A. couple who founded Coast to Costa, an immersive travel company that tailors in-depth group trips to countries like Peru, Mexico, Colombia and, of course, Cuba. Their Cuba trip typically begins in Old Havana but then always moves to Trinidad, for a night or two, just about a four-hour drive away.

“When bringing our group to the colonial town of Trinidad, nothing starts the visit off better than a fresh Canchánchara. It’s refreshing but packs a punch and will get you dancing in no time,” says Natalie.

Founded by the Spanish conquistador Diego Velázquez de Cuéllar, Trinidad prospered during the colonial period, growing rich from the labor of enslaved Africans working on sugar plantations. Wealthy European landowners built many historically preserved buildings, securing Trinidad's status as a UNESCO World Heritage site in 1988. It’s a town where most bars serve Canchánchara, with some recipes utilizing aguardiente, or “firewater.” Essentially, it’s just rum in its most stripped down state—sugar cane juice that has been fermented and contains anywhere from 29% to 60% alcohol by volume.

“I do know that the drink was pre-colonial and enjoyed by the native Taino people,” says Natalie. “I’ve heard they used to drink it out of gourds, but there’s a family of potters that now make the cups out of clay in the shape of a gourd. They are sixth-generation potters in Trinidad.”

The pots are referred to as copas de barro, minus the base or the stem. One man, known throughout the village as just Chichi, is a master potter who handcrafts the clay mugs with no handles and then makes and proudly serves the cocktail to guests himself. But he’s not the only one. There’s an entire bar in Trinidad devoted to the drink, and with a name like Taberna La Canchánchara, it can’t possibly be a bust. Plus, there’s live salsa music at Taberna and almost everywhere you turn in this oft-overlooked town.

I think it’s important to note that creative liberties can be taken when making this cocktail, as long as it doesn’t stray too far from the original and whether its sole purpose is to cure you of an ailment or get you on the dance floor.