Being a football fan and a bartender means at some point you might be obligated to craft a drink in honor of your favorite, hopefully hometown, team. That’s the case with the Burgundy & Gold from bartender Kevin Diedrich, co-owner of Pacific Cocktail Haven in San Francisco. While his bar is there, his team remains in Washington, D.C., and though it lost its problematic name, the team still retains the colors the drink is named for: burgundy and gold. “Being a Washington [football] fan in San Francisco is tough, as I imagine it is for any foreign fan in a city that’s not their own,” says Diedrich.

The Burgundy & Gold is a playful take on the traditional Whiskey Sour, bolstered by tart kalamansi and balanced with a deep, fruity ruby port float. Rather than employing bourbon, Diedrich uses rye whiskey out of homage for the team’s home. “It... was one of the first spirits to be made in D.C.,” he says. Specifically, Diedrich uses one from Copper Fox Distillery, located in Sperryville, Virginia, about an hour and a half outside of D.C. If that bottle is not available in your area, you can substitute another American rye whiskey.

Far more unusual than using rye for bourbon, though, is replacing some of the lemon juice traditionally included in a Whiskey Sour recipe with kalamansi puree. The diminutive, green-skinned and yellow-fleshed citrus fruit is native to the Philippines and other areas of the Pacific Islands and Southeast Asia, and is often referred to as a Philippine lime or lemon. The yellow flesh gives the cocktail its signature golden hue, as well as tart, floral body.

For the burgundy portion of the Burgundy & Gold, Diedrich takes a page out of the New York Sour book and finishes the drink with a red wine float. And rather than a more familiar red wine, say one from Burgundy, he uses port. The fortified wine imparts a dark ruby hue and a gentle sweetness, which is aided by a touch of pomegranate molasses.

While the drink works fine in any rocks glass, there’s always room for more gold to complete the image. “A gold-rimmed glass is a plus,” Diedrich says. 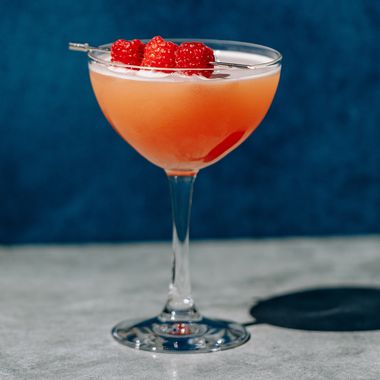 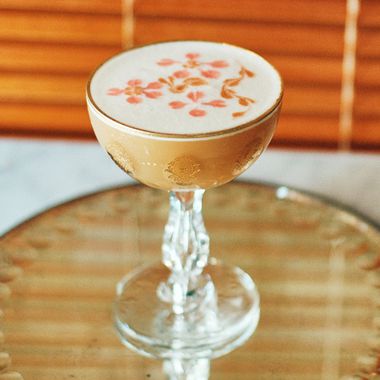