Liquor is perhaps the world’s greatest liquid, but that hasn’t stopped countless bartenders from infusing it with a host of ingredients. Some focus on simple infusions, like vodka and pineapple or rum with baking spices. Others go a different route, finding synergy among seemingly disparate ingredients. Case in point: Don Lee, who infused bourbon with smoky country ham for the (now legendary) Benton’s Old Fashioned.

The year was 2007, and the place was PDT, the seminal New York cocktail bar. Lee began experimenting with fat-washing, in which liquid fat is infused in liquor. The combination is frozen, and then the solids are skimmed off, leaving you with a rich, savory spirit imbued with the flavor of the fat—in Lee’s case, that meant Benton’s country ham. He then combined the infused spirit with maple syrup and Angostura bitters for a rich, unique take on the classic Old Fashioned. Lee’s move also kickstarted a technique that’s still in use at bars all over the world.

This cocktail is relatively easy to make at home, provided you don’t mind cooking some ham or bacon beforehand. Wisdom dictates that you cook a little extra to eat on the side as you enjoy your drink. 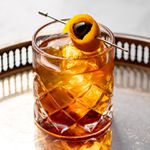 *Fat-washed Four Roses bourbon (from Jim Meehan’s “The PDT Cocktail Book”): In a cambro/container, combine 1 750 mL bottle of Four Roses bourbon and 1 1/2 ounces liquified fat from Benton’s Smoky Mountain country ham. Set aside for 4 hours to infuse. Place the container in the freezer for 2 hours. Take the container out of the freezer, and strain the bourbon from the solidified fat with terry cloth or cheesecloth. 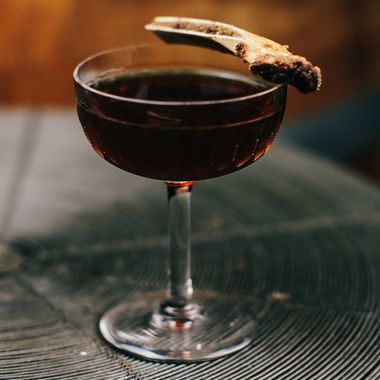