Alex Frane
Alex Frane is a freelance writer who has been writing about food, drinks and local culture since 2013, with a primary focus on spirits, cocktails, and bartending. He has interviewed dozens of bartenders from across the country, and visited some of the country’s top cocktail destinations.
Learn about Liquor.com's Editorial Process
20 ratings
Add a comment

The Mimosa—one of the most iconic drinks there is, and an essential part of any brunch experience. Only the Bloody Mary can challenge the mixture of Champagne and orange juice for morning libation dominance. But for some people, the idea of mixing a high quality sparkling wine with orange juice is offensive, no matter how ripe, juicy and freshly squeezed the citrus is. Others simply don’t like the taste, for whatever reason. Luckily, for those who want bubbles and OJ alongside their eggs Benedict or French toast, there is the Beermosa.

Like its parent drink, the Beermosa is a simple, straightforward mix of two ingredients. Simply take your favorite beer, mix it with some orange juice, and you have the Beermosa. However, before anyone gets carried away, there are some ground rules. The first is that you want to reach for a nice, crisp lager. A bright, effervescent beer is the closest in flavor and color to a sparkling white wine (while still being dramatically different). An overly hoppy West Coast IPA would likely clash with the orange juice, sour beers are too particular and funky, and stouts and porters are right out. If you insist on using an ale over a lager, try a hefeweizen, witbier or even a hazy IPA, as the natural fruitiness of them will go better with orange juice. But still, lagers are the best choice in this case.

The second rule is to use only the freshest, ripest oranges and juice them for the drink in order to get the best result. Organic, fresh squeezed orange juice from the grocery story is the second choice, and still will work very well. If you use orange juice from concentrate you may as well drink the beer on its own.

The final rule of the Beermosa is that it’s called a Beermosa. There was a tendency for years to call the drink a Manmosa, and you can still see drinks called that on the occasional menu. But men, women and people who identify all along the gender spectrum or beyond it can equally enjoy a Mimosa or Beermosa, after all. And tedious, antiquated misogyny in naming conventions has no place anywhere. 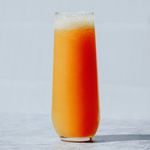 Mimosa
41 ratings
Rate This Recipe
I don't like this at all. It's not the worst. Sure, this will do. I'm a fan—would recommend. Amazing! I love it! Thanks for your rating! 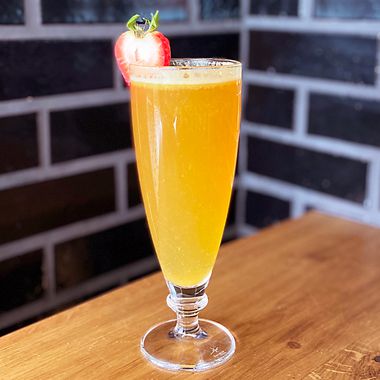 3 Beermosas to Make for Brunch 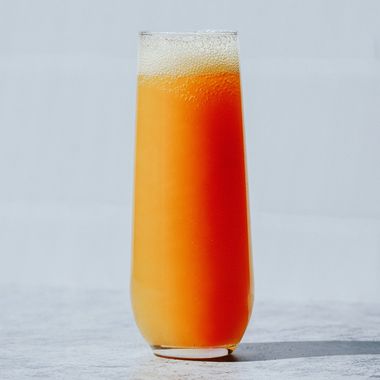