Bear With Me, Honey

A riff on a Bee’s Knees—a classic Prohibition-era cocktail—the Bear With Me, Honey comes from Morgan Stana, the bar manager at A Rake’s Bar at The Line hotel in Washington, D.C. The drink is made with Barr Hill Tom Cat gin, a gin from Vermont infused with raw honey, as well as orange liqueur, honey syrup and egg white. The sweetness of the cocktail is then balanced by the delicate acidity of verjus.

It isn’t quite wine, yet verjus also isn’t grape juice as we know it. When winemakers have excess grapes on the vine that aren’t going to ripen in time for harvest, or when they want to reduce yields so the resulting grapes produce more concentrated juice, they pick the unripe fruit and immediately press it. The result is a tart elixir that isn’t drinkable on its own but one that can add acidity in a different way than citrus. “Verjus has an acidity that’s driven more on tartaric acid than on citrus acid,” Stana says. “Both make your mouth pucker and deliver that acidity that your taste buds crave, but it’s a different type of punch.” Think of it, she says, as the difference between biting into a tamarind and a lemon wedge.

Verjus is a natural fit for A Rake’s Bar’s organic cocktail program, and Stana says that guests don’t seem to miss that squeeze of lemon. The staff sources their verjus from local Maryland wineries Old Westminster and Black Ankle, but for those who don’t have the luxury of heading to a Maryland winery, Stana says Navarro is a great bottled option that ships nationally.

A popular choice for the orange liqueur listed in the ingredients is a triple sec—especially a good-quality one like Cointreau—but other orange liqueurs like Grand Marnier or Pierre Ferrand Dry Curaçao would also work very well. A few dashes of saline solution won’t make the drink taste salty, but will coax out even more flavor. An edible flower is used as a garnish at A Rake’s Bar, but skipping it won’t harm the drink. A sprig of rosemary, though, adds welcome aromatics. 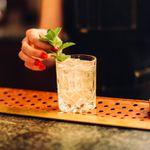 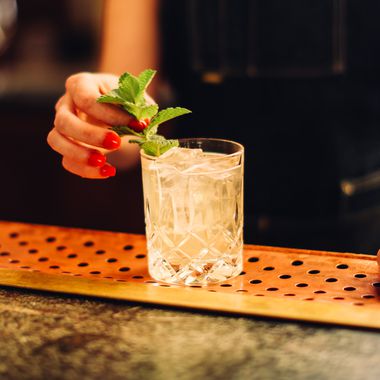 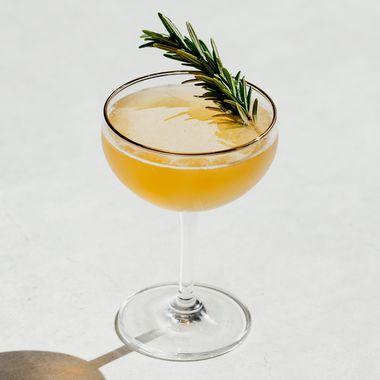