When it comes to staples of the cocktail world, it’s hard to be more iconic than the Sazerac. This classic New Orleans drink is at least 150 years old, and possibly closer to 200, though, as with many drinks, the history can get fuzzy. While first made with French brandy, it switched over to calling for rye whiskey after phylloxera devastated French wine crops in the late 19th century.

A Sazerac is recognizable by those with bar knowhow, as it’s served up, but in a chilled Old Fashioned or rocks glass with no garnish or ice rather than traditional stemware. That’s not the case with the Bananarac. This Sazerac variation comes from Natasha David, a star bartender and founder of New York City’s now-closed Nitecap as well as You and Me Cocktails, a bar consulting company. Beyond adding ice, David adds a rather unexpected ingredient: banana, in the form of Giffard Banane du Brésil liqueur.

Rather than decide between rye whiskey and brandy for the base, David opts for a blend of both, a technique that should be familiar to fans of the Sazerac. In particular, she uses Old Overholt—a popular and affordable quality rye whiskey—and Tariquet VSOP Armagnac. The brandy here is on the pricey side, around $70 in most markets. Like with any drink, it is possible to substitute a little less expensive bottle for a more affordable final drink.

The banana element, on the other hand, has no easy substitutions. Giffard Banane du Brésil liqueur is a singular product, and while there are other banana liqueurs, few of them are of the same quality as the rich, fruity liqueur made with macerated bananas and spiked with cognac. There’s only a half-ounce in the drink, but it comes through with gentle assertiveness. It adds a unique element without overwhelming the flavor profile with strident banana-notes.

Of course, it wouldn’t be a Sazerac without bitters, but David holds off on the Peychaud’s Bitters that give the traditional Sazerac its signature ruby hue. Instead, she uses a single dash of The Bitter Truth Old Time aromatic bitters. 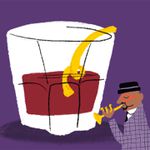 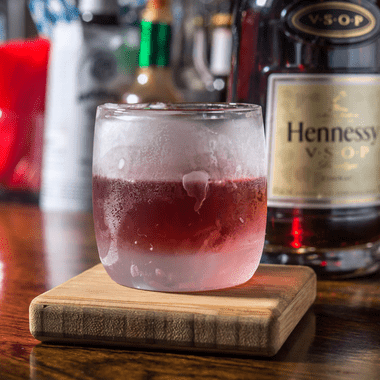 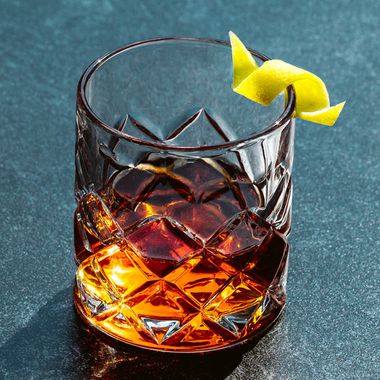 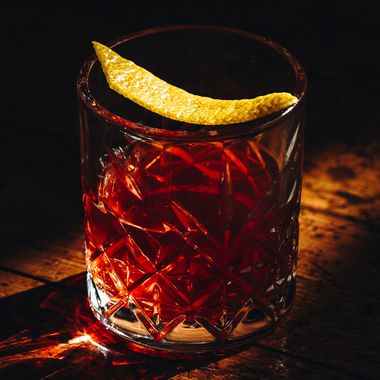