Bartender, activist and educator Ashtin Berry created the Apprentice while working as the beverage director at the Tokyo Record Bar. A riff on the Dark ’n Stormy, she created it as an homage to the izakaya cuisine at the New York City lounge where vinyl rules. She loves the way heat in food coaxes out white miso’s butterscotch notes. “The Dark ’n Stormy has this perfect blend of baking spiced fruit and ginger spice,” says Berry. “I decided to use the white miso and sweet potato notes of the shochu along with the bitterness of the Cynar liqueur to create a more savory version.”

The Apprentice substitutes shochu for the rum with which a Dark ’n Stormy is normally made. The lightly sweet, lower proof spirit is very similar to Korean soju, and is usually made from sweet potato, barley or rice. If it’s not available in your area, it is acceptable to use soju instead, though it will subtly change the notes of the drink, especially if using a rice-based soju rather than one made from sweet potato.

Miso might, on first glance, appear to make the drink salty or funky. But the minimal amount of miso that goes into the syrup only gives the drink increased depth and complexity. The recipe below makes two cups of the miso syrup, but that can easily be cut down if you’re not looking to make too many of these drinks.

The richness and umami notes of the miso are balanced by the bright acid of yuzu juice. This East Asian citrus fruit that resembles a miniature yellow grapefruit can be difficult to find in the American market, though large Asian markets sometimes carry them or bottles of fresh yuzu juice. Online markets such as Amazon often carry it as well, though prices can be high even for smaller bottles of the juice. If unavailable, the closest, easiest substitute for yuzu is equal parts lime and lemon juice.

After topping with club soda, a generous float of Cynar finishes the drink. This bittersweet Italian liqueur (with emphasis on the bitter) is famously made from the juice of artichokes, but you shouldn’t let that scare you—the ingredient gives it subtle vegetal notes, but nothing overwhelmingly “artichoke.” It does, however, give the drink a darker flushed hue than a standard Dark ’n Stormy, as well as some of the spice elements that it would normally get from ginger beer.

*Miso syrup: Combine 2 cups white sugar and 2 cups water in a saucepan. Simmer on medium until the sugar is dissolved. Whisk in 1/2 cup white miso until incorporated, then remove the syrup from the heat and let cool. Will keep, tightly sealed and refrigerated, for up to 2 weeks. 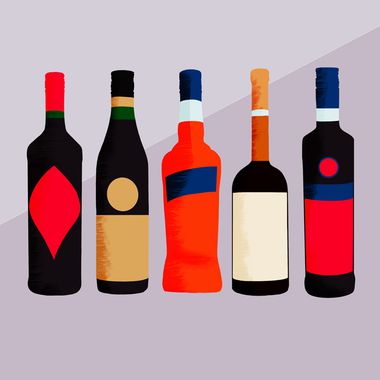 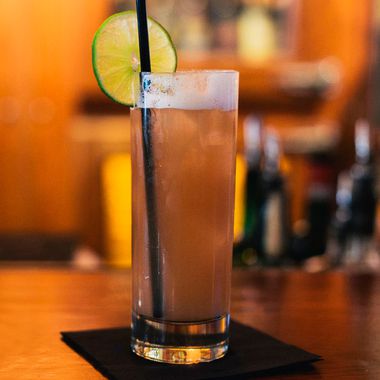 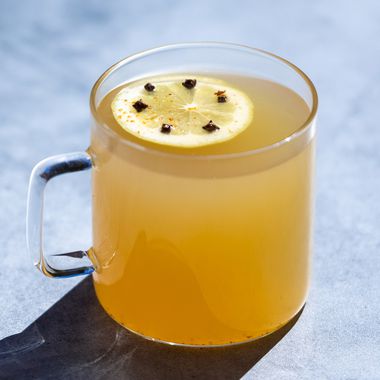 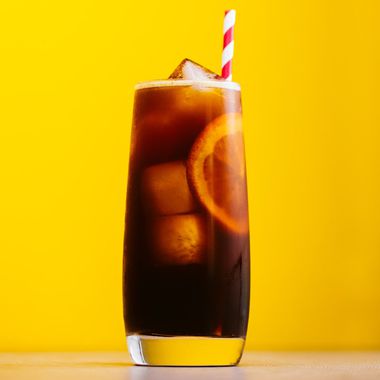