While some cocktails, like the Mai Tai and Mint Julep, are best enjoyed in the hotter months and other drinks, like the Hot Toddy, are consummate winter sippers, the Alyssum manages to work as an all-season libation. Cognac, cinnamon syrup and vermouth make for a lush and rich cocktail, while grapefruit juice, overproof rum and crushed ice make it refreshing year round.

The Alyssum calls for Hennessy V.S.O.P Privilege cognac as its base. The initials stand for Very Superior Old Pale, which assures that the brandy is aged for at least four years, and often this blend has older brandies in the mix as well. While the name Hennessy connotes an extravagant, expensive indulgence, the Privilege is a reasonably priced cognac, usually clocking in under $60. If that’s too high a price to include in a cocktail with grapefruit juice and overproof rum, however, substituting a more affordable V.S.O.P. or even a V.S (aged two years and generally about $20 cheaper) is an acceptable move.

Luxardo Bitter Bianco is a bright and bittersweet vermouth that adds floral and botanical notes to the drink, and pairs lovingly with ruby grapefruit juice. Then, rather than a simple syrup, the drink is sweetened with a cinnamon syrup that lends a rich warmth to the final product.

One key ingredient in this drink is a float of Lemon Hart & Sons 151 Demerara Rum. This high proof Guyanese rum was something of a legend for a while. A favorite rum of Tiki enthusiasts for its bold, assertive flavors and gentle sweetness, Lemon Hart mostly disappeared from US shelves in the early part of the 2010s, though it did eventually return. Even today it can be tricky to find in some states, but that helps maintain its arcane status. For those who can’t find it, its closest analogue is Hamilton 151 Demerara Rum. Either way, it’s important to serve the Alyssum with a straw so that you or your guests are not getting a mouthful of 151 proof rum with the first sip.

*Cinnamon simple syrup: Bring 2 cups water, 2 cups sugar and 6 crushed cinnamon sticks to a boil in a small saucepan. Reduce the heat, and simmer 10 minutes. Strain out and discard solids. Allow to cool before using. 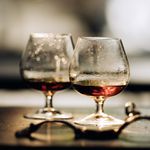 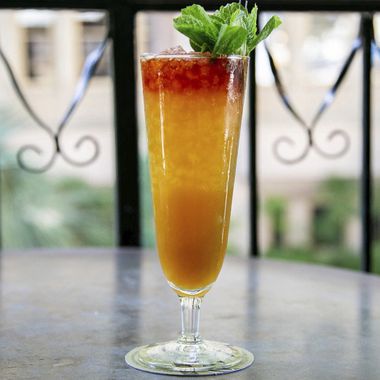