The classic Martini has a storied history, although one that is difficult to pin down with precision. The Dry Martini as we know it today likely took form around the turn of the 20th century, and ever since, it has been a popular vehicle for experimentation.

The usual recipe of gin, dry vermouth and sometimes bitters leaves a lot of room for interpretation. Go heavy on the gin for a drier drink, and use more vermouth for a wetter drink. But even those wetter Martinis typically don’t give the gin and vermouth equal footing. For that, you must look to the 50/50 Martini.

This variation calls for equal portions of gin and dry vermouth, yielding a drink that is lower in alcohol and far less dry than most recipes. The drink’s origin story is a fuzzy one, and it’s likely that many people in many places at various points in time experimented with a 50/50 ratio of ingredients. But the drink’s first appearance in a cocktail book belongs to Harry Craddock’s famed 1930 tome, “The Savoy Cocktail Book.”

Like many old-school drinks, the 50/50 Martini all but disappeared from rotation until a band of pioneering bartenders brought it back to life in the late-1990s and early-2000s. Sasha Petraske served the cocktail at Milk & Honey, and Audrey Saunders put it on her menu at the influential Pegu Club—both located in New York. Dubbed the “Fitty-Fitty,” Pegu Club’s version featured identical measures of gin and vermouth, plus one dash each of Fee Brother’s orange bitters and Regan’s orange bitters. It was there at Pegu Club that hoards of enthusiastic drinkers were first introduced to the 50/50 Martini’s charms.

When making the cocktail for yourself, you have three important decisions: which gin to use, which vermouth to use, and whether to add orange bitters. This ability to choose your own adventure allows you to personalize the drink to your tastes. A London dry gin and floral French vermouth leans traditional, while a modern, less juniper-heavy gin paired with an herbal, more bitter vermouth can take the flavor in new directions. Orange bitters are there to provide structure and a mild zesty note, should that sound appealing.

With its lighter flavor profile and lower-alcohol sensibilities, the 50/50 might not be the Martini you’re used to, but it’s a Martini worth meeting. 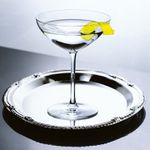 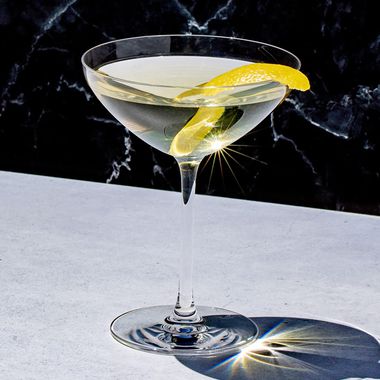