Flips are a type of cocktail characterized by the inclusion of an entire egg. Cocktails that call for egg whites are, of course, common; it’s a way of adding texture and body to a drink. It’s less common to use the yolks as well, however, which is why those drinks get their own category. Flips tend to be rich and frothy cold-weather drinks. This one is a perfect example.

This variation on a Porto Flip comes from distiller and bar pro Allen Katz. In its most traditional form, the cocktail calls for brandy, tawny port, and an egg yolk. The drink is itself a variation on the Coffee Cocktail that appeared in Jerry Thomas’s 1862 cocktail guide The Bartender’s Guide: How to Mix Drinks; A Bon Vivant’s Companion (which doesn’t actually contain any coffee; the drink was named for its appearance).

Katz changes up the standard quite a bit: He increases the quantity of port over what’s typically called for and swaps out the nutty tawny version for the fruitier ruby type; he upgrades standard brandy to cognac; he opts for a whole egg rather than just the yolk, and he adds in a splash of heavy cream for extra rich body and flavor. Most notably, a barspoon of yellow Chartreuse is added at the end, its sweet, herbaceous notes topping the drink.

It all adds up to a richly textured cocktail full of autumn and winter flavors, ideal for cold-weather sipping. 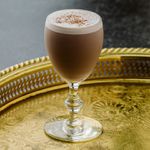 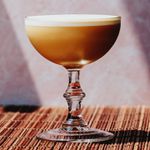 Cynar Flip
9 ratings
Rate This Recipe
I don't like this at all. It's not the worst. Sure, this will do. I'm a fan—would recommend. Amazing! I love it! Thanks for your rating! 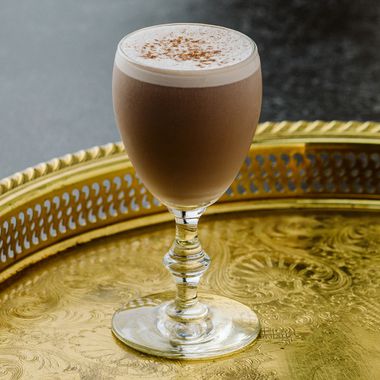