If you are a fan of savory cocktails such as the Dirty Martini or the Gibson but have gotten tired of the standard olive or onion, consider pickling your own cocktail ingredients. No longer just the province of grandmothers preserving summer vegetables for the colder months, pickling has been embraced by a number of restaurants and is making its way into cocktails, as well.

First, a definition: While pickling and fermentation can overlap, pickling, at least with the methods we discuss here, involves vinegar, while fermentation generally does not. Or in scientific terms, fermentation involves lactic acid, and pickling involves acetic acid.

Pickling is a great way to preserve some seasonal foods. Consider peaches: The summer staple can be kept in a jar, along with some spices and vinegar, until you want to use it—say, for a savory peach Margarita in November. As long as the pickling container, preferably glass, is tightly sealed and refrigerated, your pickling projects will last indefinitely.

Preserving ingredients in vinegar also contributes to waste reduction, an increasingly important consideration in restaurants and bars. “Don’t throw away your scraps. Pickle them,” says William Tsui, the co-owner and beverage director at Viridian in Oakland, California. “I have pickled compressed rinds left over from a melon and made a cocktail with the brine, using the rinds as a garnish.” Using scraps as “test ingredients” to figure out your preferred ratio of vinegar to water in your brine is a great way of saving money as well as reducing waste, since you won’t need to buy new ingredients for these test runs.

Pickling brine is typically composed of four ingredients: vinegar, water, sugar and salt. But pickling pros commonly add herbs and spices to give their brine additional flavor characteristics. “It’s not so much about what you’re pickling; it’s more about what it’s being pickled in,” says Tsui. “If you have a good pickling brine, it will make anything you put in it taste even better.”

When considering which ingredients to add to your brine, consider flavors that go well together in food and drinks, and try incorporating them into your preservative base. For example, Tsui suggests using Chinese 5-spice in brine for preserving stone fruits such as apples, peaches and plums.

According to David Naylor, the bar manager at The Modernist in San Antonio, coriander and cilantro make a great addition to pickling brine. “The citrusy back end of coriander and the herbal notes of cilantro really play well in pickling,” he says. “For me, it’s like this perfect mirepoix kind of taste. Even combining classic carrot, onion and celery gives you a well-rounded flavor combining savory and sweet.”

Julia Momose of Bar Kumiko in Chicago suggests using cubeb or sansho pepper: “A lot of people tend to think of Sichuan pepper when they hear sansho, but they are very different,” she says. “Sansho is more green, bright, yellow citrus and pine-forward, whereas Sichuan is more earthy and hot.” She likes to use sancho pepper as a substitute for juniper-based drinks, as there is concern about consuming juniper during pregnancy and sancho provides similar coniferous flavor notes.

For those looking for more of a kick in their pickles, Momose recommends using nukazuke, the fermented rice bran pickle component, making a thin bed of it in your jar underneath your pickles for an earthy mustard-like flavor. Can’t get your hands on nukazuke? Mustard seeds or mustard powder will do just fine.

The pros suggest starting small and adding more flavorings if needed as the spices infuse your brine over time. Keeping strong flavor components in the brine for too long can create undesirable results. “If I left the jalapeños in the brine for too long, the result would be extremely strong, sour and too heavy on the spice and impossible to use it in a cocktail,” says Gia Vilela, the lead bartender at The Duke of Tokyo in Amsterdam, recalling a previous pickling experiment with the peppers. “[When done right], the result was unique, and the drink we made was so popular it stayed on the menu for quite a while.”

Imitation of a Daydream
11 ratings

If you’re starting out on your first pickling project, you’ll want to begin with the basics. Use 1 tablespoon of sugar and kosher salt each per cup of water. Naylor recommends going for a 60:40 water-to-vinegar ratio; however, various recipes call for between 70:30 and 50:50, depending on your preference. When in doubt about the ratio to use, Momose suggests you try making multiple variations in small batches, changing one aspect of each, so you can taste them side by side to see which you most prefer.

Keep in mind that less is more, especially when experimenting with more delicate ingredients like grapes and more firm ones like radishes. Add a combination of spices, for instance black peppercorn and coriander, dried herbs such as thyme and bay leaf, and fresh herbs like cilantro and fennel. You can give your pickles more depth of flavor by adding some strongly flavored ingredients such as fennel, garlic or ginger (and we suggest using ginger sparingly).

In the brine used in the Imitation of a Daydream, pear slices are pickled in apple cider vinegar enhanced with a number of herbs and spices, including black peppercorns, garlic cloves, dill, rosemary, bay leaves and ground cinnamon. The brine then joins mezcal and fino sherry in a Martini glass, garnished with a slice of pickled pear.

Seal your pickling container tightly and store it in the fridge for up to a year. Air-tightness is the key: If air can get into the jar due to a bad seal, mold can begin to grow. In that case, you’ll need to discard everything and begin anew.

More experienced picklers might consider trying advanced ingredients like Momose’s favorite, shio koji in liquid form. “It’s like an unawakened sherry,” she says. “Once you combine it with some acid (vinegar), sugar, some salt and whatever spices you use, it becomes this alive flavor—in Japanese we call it kokumi—a mouth-coating texture that rounds your palate and carries forward the flavors that are infused [in your brine] even longer.”

The best part about pickling is that the possibilities are endless. You don’t have to limit yourself to fruits or vegetables. In the 2018 book “The Noma Guide to Fermentation,” authors David Zilber and René Redzepi talk about pickling “potent” flowers such as rose petals, chamomile and elderflower, to use in savory and sweet dishes. Imagine using a pickled flower as a garnish in your drink, or better yet, using the pickle brine that took on the flower’s hue and aroma in a variation on a Dirty Martini.

Momose loves using pickled nasturtium flowers. “It’s a really fun ingredient,” she says. “Even the stems are beautiful for garnishes, and the liquid you get from the flower is extraordinarily peppery. You can taste the green in it, and the freshness really comes through.”

Want to add some color to your brine? Red onion provides a rich pink shade to your brine, beets will lend a bright purple hue, and red shiso will give your pickles a vibrant magenta tone.

Additionally, “if you pickle juicy fruits, you will essentially be left with a shrub for your brine,” says Tsui, highlighting the many possibilities pickling holds. Furthermore, the kind of vinegar you use can play an important role in your final product. To have more control over the result, consider blending two or more types of vinegar—for instance, cutting the balsamic vinegar with red wine vinegar—to see what flavors unfold. White wine and balsamic vinegar allow the citrus notes of your brine to shine, says Naylor, while apple cider vinegar will highlight any baking spices you use in your brine and sherry vinegar will give your brine more earthy characteristics.

Keep in mind that a little bit of brine goes a long way. When using pickle brine in your cocktails, start with very little, says Tsui. Typically, a quarter-ounce of brine in a three-ounce drink is enough, suggests Naylor, and don’t use more than a half-ounce.

Finally, as Vilela recommends, if you are in the beginning of your pickling journey or prefer vinegar flavor only in moderation, consider cutting the amount of vinegar in the brine in half or more and making up the difference with vodka, another ingredient commonly used for preserving foods and one that won’t compromise the rest of the flavors in the mix. 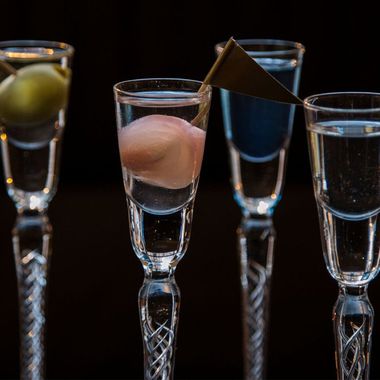 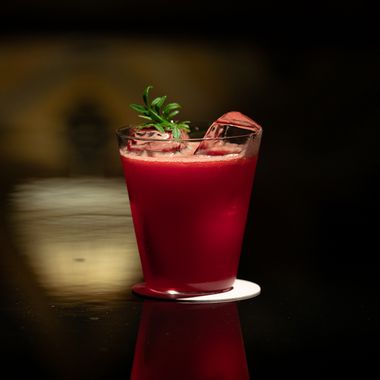