From a frothy Angostura bitters-studded Pisco Sour to a spicy, fizzy Chilcano, pisco cocktails are as much a part of Peru’s culinary and cultural fabric as are ceviche and Machu Picchu. Even the fountain in Lima’s Plaza de Armas flows with the unaged brandy every July 28 in celebration of Independence Day, much to the delight of happy Limeños and pleasantly surprised tourists. But the country’s other offerings, which include sugar cane spirits, native botanical-infused gins and even potato-based wines, prove that pisco is far from the country’s only potent potable.

“Peru is so diverse and has so many different regions that we really have many ingredients to work with,” says Andrea Salomon, the chief bartender at El Salar Bar in Lima. “Our beverage menu offers cocktails with other Peruvian distillates to show the many different things we produce and provide our guests with unique experiences.” As its name suggests, the bar’s Esencia Amazónica cocktail captures the flavor of the South American rainforest, mixing cocona (a berry from a tropical shrub that tastes like a cross between lemon and tomato), sacha culantro (an herb with a strong coriander-like flavor), chile peppers, syrup infused with curcuma (herbs in the same species as turmeric), and Angostura bitters with Ron Millonario, a native rum.

Luiggy Arteaga, the head bartender at Bar Inglés at Country Club Lima Hotel, believes rum made in the northern region is the country’s second-best spirit after pisco. Sugar cane thrives there in districts like Cartavio—home to the Cartavio Sugar Company since 1891—so it’s not surprising that distilleries like Ron Millonario and Ron Cartavio are located nearby. And Plantation, renowned for producing rums in different countries that capture a region’s spirit and terroir, makes a column-still expression in the Chicama Valley, an extremely dry section of the Peruvian north coast.

“Bar Inglés has the great honor of promoting Peruvian cocktails,” says Arteaga. “We have spectacular products that are becoming increasingly popular.” They stock the Cartavio 12 Year and XO rums, as well as the Plantation Original Dark, Gran Reserva and XO 20 Aniversario, which can be sipped neat, mixed with Britvic tonic or stirred in classic cocktails like a Rum Old Fashioned or Rum Manhattan. But Arteaga also cites other Peruvian spirits as showcasing indigenous ingredients and traditions. Vodka 14 Inkas is distilled from native potatoes harvested in Huancavelica, almost 10,000 feet above sea level. It’s packaged in bottles inspired by those used by the Incas to store the sacred fermented corn drink called la chicha and adorned with labels decorated with tocapus, geometric designs created on looms that are believed to be a forgotten language.

Gin’Ca is a modern-style sugar-cane-based gin whose botanicals (except for the juniper) are sourced from within Peru, including black pepper, lemon and lime peels, lemon verbena, tangelo and rosemary. Gin fans will want to make a pilgrimage to Lima’s Barra 55, an intimate lounge with more than 20 brands and an array of tonics, which also offers tapas and live jazz.

Sugar cane, however, might make for the most promising expression. “Cane distillates and their derivatives are becoming very popular,” says Francisco Salcedo, the maître d’ of Qunuq Restaurant and Suquy Café & Bar, located at the Sumaq Machu Picchu hotel in Cusco. “This product is given a second distillation achieving … aromas and textures that are very pleasing to the palate.” Similar to a rhum agricole, these spirits use the freshly pressed juice of the sugar cane rather than molasses; the result is a smooth, clean beverage that’s very expressive of terroir. Sumaq has an entire menu dedicated to cocktails with Caña Alta, a sugar cane spirit produced at Destilería Andina in the Sacred Valley. Its Forastero cocktail combines the spirit with tangerine, aguaymanto (gooseberry) and honey, topped with eucalyptus smoke; the Saqua cocktail serves it with tumbo (banana passion fruit), aguaymanto, lemon and Andean mint honey over an ice sphere; and the Cacao has bitter chocolate, passion fruit and cocoa foam.&nbsp;

More traditional, and arguably more niche, are chichas, alcoholic and nonalcoholic beverages made with corn. At Sumaq, guests can partake in a tasting of three types of chichas served in ceramic cups. Chicha de jora is a ceremonial drink from the Peruvian highlands, kind of akin to a “corn beer.” Chicha morada is a refreshing antioxidant juice made from purple corn, and frutilla is a low-alcohol libation infused with strawberries or other fruit. What if you want to mix one of the latter two with gin or cane spirit? Have at it, say the hotel’s staff.

Great Grapes and Beyond

Wine production in Peru dates back to the Spanish colonization era of the 16th century, and today most of the 14,000 hectares under vine are concentrated on the central coast around Pisco and Ica. Intipalka has been the most successful winery so far, with varietally labeled wines in its portfolio including malbec, tannat, syrah, chardonnay, sauvignon blanc and red blends.

But don’t discount “wine” made with the country’s native tubers. “Peru has more than 3,000 varieties of potatoes,” says Salcedo. Manuel Choqque, Peru’s most famous potato farmer who’s referred to as the “potato whisperer,” ferments four styles based on oca, small, colorful potatoes that grow on his farm high above Cusco. “I usually combine cocoa-based desserts with rosé or white liquor and white meat such as fish, chicken or seafood with white oca,” says Choqque. “And red meat, grilled or roasted, is delicious to [pair] with the semidry liquor made with black mashua.” Currently, he produces around 1,500 bottles per year, which find their way onto the menu at top-rated Central restaurant in Lima, Mil restaurant in Cusco and Sumaq. He’s hoping to ramp that up almost tenfold by next year.

The root of the issue, says Salomon, isn’t the availability of other native-produced wine and spirits; it’s making people beyond in-the-know locals aware that it exists. “There’s still a lot to do in order to educate the general public since they don’t know what we have,” he says. So on your next sojourn to historical sites in the Cercado de Lima or the legendary Inca citadel, make a point to explore the other beverages that distill the essence of this South American country. 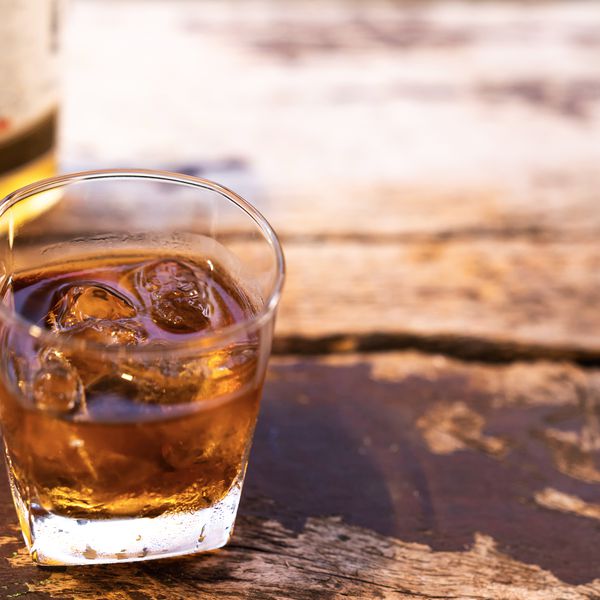 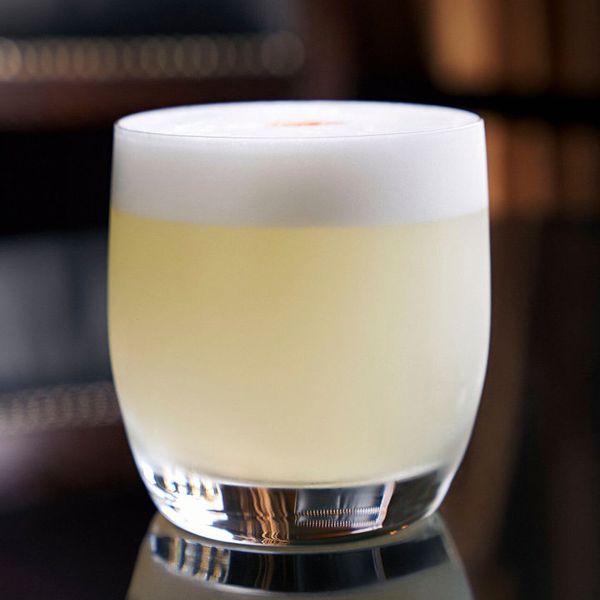 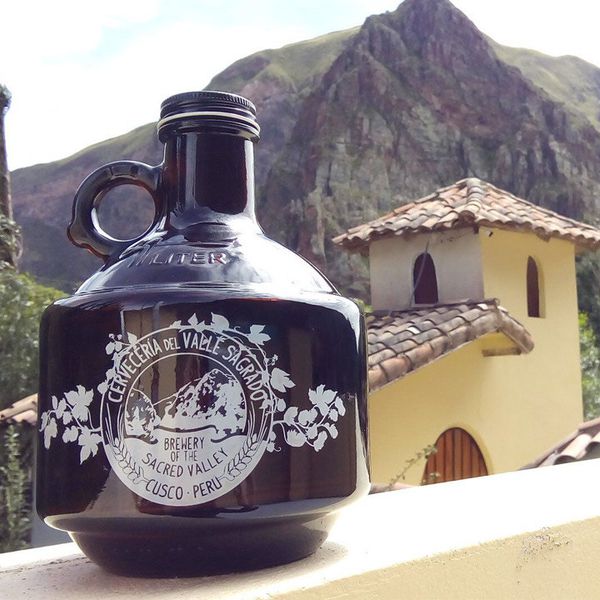 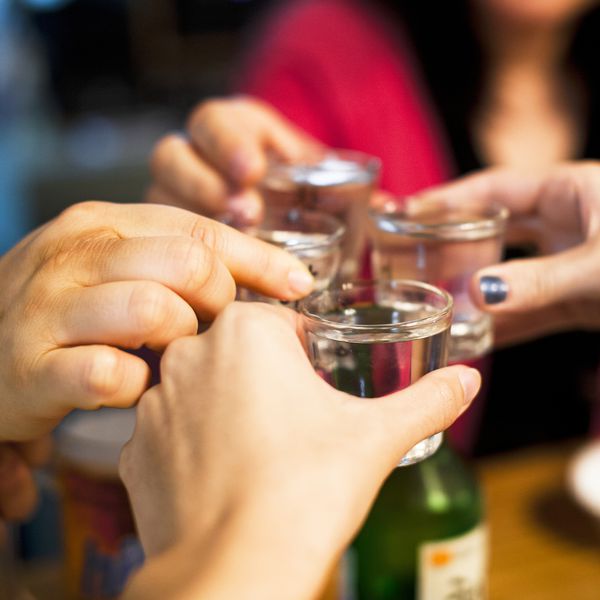 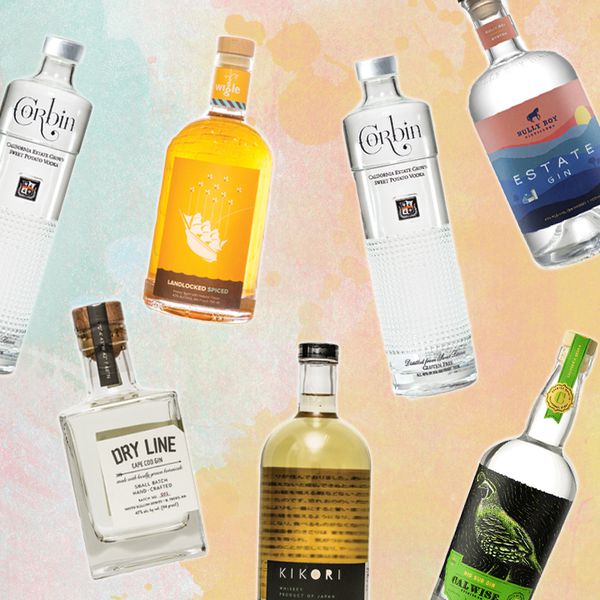 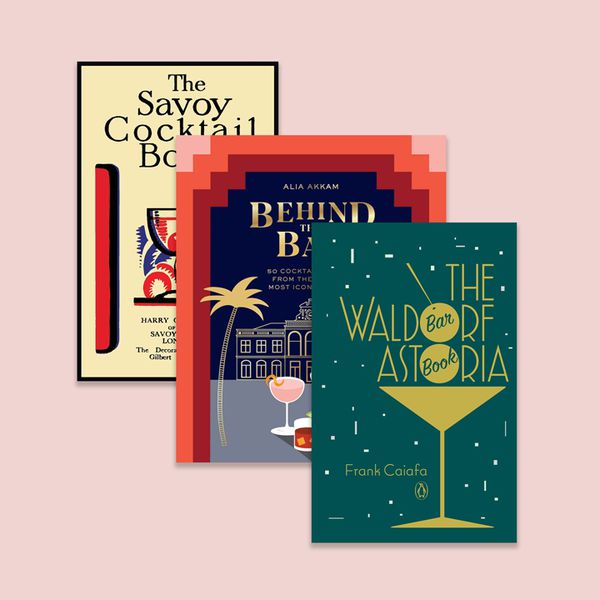